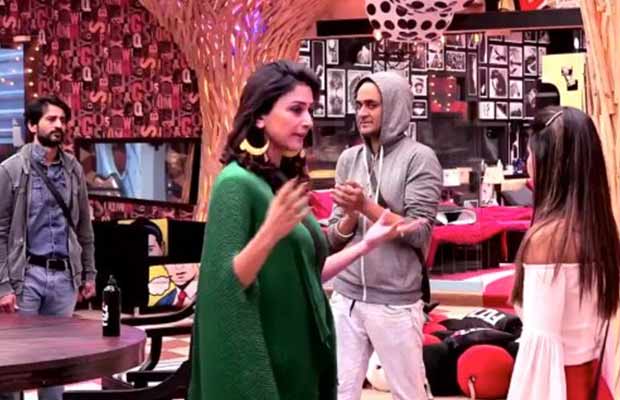 Bigg Boss 11 contestants are currently going through an emotional, yet happy phase. As we saw in the latest episode, Shilpa Shinde’s mother, Puneesh Sharma’s father, Arshi Khan’s father and Priyank Sharma’s ex Divya Agarwal entered the house. All the contestants had an emotional breakdown as they met their respective family members.

Well, Gauri Pradhan entering Bigg Boss 11 house is surely grabbing all the limelight. Viewers are quite excited to know how Gauri will react to Arshi Khan flirting with Hiten Tejwani.

Surprisingly, Hiten Tejwani’s wife is quite impressed the way Arshi entertains everyone. In the sneak peek video released by Colors, sees Gauri meeting each housemate. She also goes to Arshi Khan and tells her that she loves her small arguments with Hiten.

Asked if there is any insecurity when Arshi flirts with Hiten, Gauri told IANS, “No, there is no insecurity. I find her quite entertaining. She is so much younger and I think because of this (flirting) a little bit of fun factor is there in the show. I am sure she is doing this for whatever reason because she is in the game and she doesn’t mean anything.”

In an episode of “Bigg Boss”, Hina Khan had called Hiten spineless. Hina had also said that how Hiten’s wife was right to say, “to be a leader and not a follower.”

Shockingly, Gauri slams Hina Khan over the same when she entered the house. She tells Hina that the message she sent was for her husband and not for everyone to analyse it.

During the same interview, Gauri said, “She (Hina) is much younger than Hiten and not that experienced and has done only one show. She has to see a lot in life. When you are inside, there is a lot of frustration. Nobody to talk to or to vent… She should have respected him.”

Meanwhile, Shilpa Shinde and Akash Dadlani are nominated for this week’s eviction. However, there’s a huge twist in the game for viewers as well as for the housemates over the weekend. Read here To Know More: Bigg Boss 11: Shocking TWIST In This Week’s EVICTION Despite Shilpa Shinde And Akash Dadlani NOMINATED!