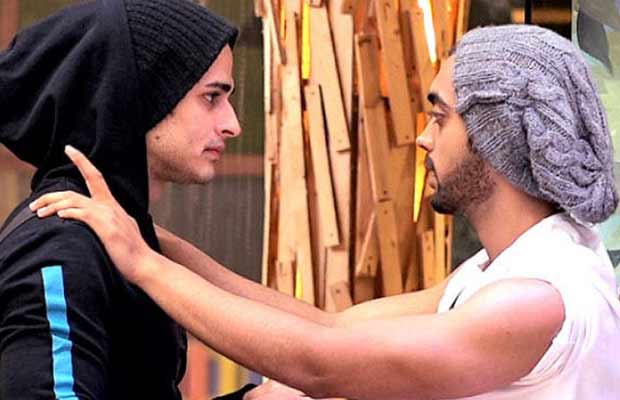 Bigg Boss 11 evictions have been shocking since past two weeks. Now, who do you think will get evicted this week-Priyank Sharma or Luv Tyagi?

This week’s nomination task was all about playing the game for themselves. No groupism, no hatred, no friendship, nothing worked out as Bigg Boss introduced a unique nomination task. Trapped inside a glass dome, housemates had to keep track of time to save themselves from nomination. The contestants had to survive in the dome for 42 minutes and exactly when they think that 42 minutes are over, they have to press the buzzer placed in the dome. If the estimated time is correct, you are safe from nominations.  The contestants who managed to perfectly keep track of time were safe from nomination this week.

Well, mastermind Vikas Gupta had entered straight to the semi-final week, courtesy Arshi Khan and LIVE audience voting. Hina Khan, who is the captain of the house, was also safe from nomination this week.

The housemates gave their best to get safe from the nominations. However, housemates who couldn’t make to the safe zone were- Priyank Sharma and Luv Tyagi. Luv and Priyank are the nominated contestants for this week’s elimination.

Talking about their journey inside the house; Luv had a very interesting journey. It started on a boring note but later, he got the game right. Week by week he got safe from eviction, which shocked viewers as well as housemates. His friendship with Priyank Sharma and Hina Khan grabbed all the limelight. His chances of staying in the game are as stronger as Priyank Sharma’s.

The show has entered into its 13th week; it’s quite unpredictable who will get evicted from the show. Who do you think deserves to leave Bigg Boss 11 house? Cast your vote below.