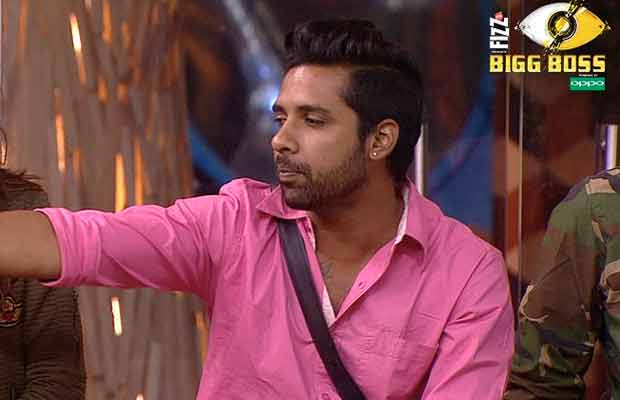 Bigg Boss 11 contestants forget that they are living in the controversial house that has hundreds of cameras. Recently, Salman Khan lashed out at Priyank Sharma for body-shaming Shilpa Shinde. Well, let us reveal that Puneesh Sharma has spoken worse than what Priyank did.

In an unseen video, which is going viral on social media, Puneesh Sharma is seen making a crass joke. Puneesh was trying to explain how his teammates tortured other contestants during the luxury budget task. However, the way he described the situation is worst and insensitive.

This scene was not aired on the TV but was uploaded as unseen video on Voot.com. Well, Puneesh Sharma has cracked cheapest joke ever and it’s surprising that nobody stopped him. Instead, they all laughed at his joke.

He has stooped to a lowest with this crass joke. Even worse than what Priyank Sharma had said about Shilpa Shinde. Though this was not aired on the national TV, we are expecting Salman Khan gives his piece of mind even on this act of Puneesh Sharma. Why only Priyank Sharma always?

Watch the video that has been shared on Twitter:

Such a shameful words, making joke of Rape and Celebs like Vikas,Hiten and Priyank didn’t stop him from uttering nonsense..
Is this entertainment @BiggBoss @BeingSalmanKhan @ColorsTV #BB11 ? pic.twitter.com/qFPwXdpoUT

Meanwhile, another video of Puneesh Sharma is going viral. The video sees Bandgi questioning him about touching her inappropriately without her consent. Read Here: Bigg Boss 11: Puneesh Sharma Touches Bandgi Kalra Without Her Consent, Gets Scolded In Return!

This week, Puneesh Sharma, Bandgi Kalra, and Luv Tyagi are nominated for eviction. Who do you think will leave the house on this Bigg Boss 11 weekend ka vaar?