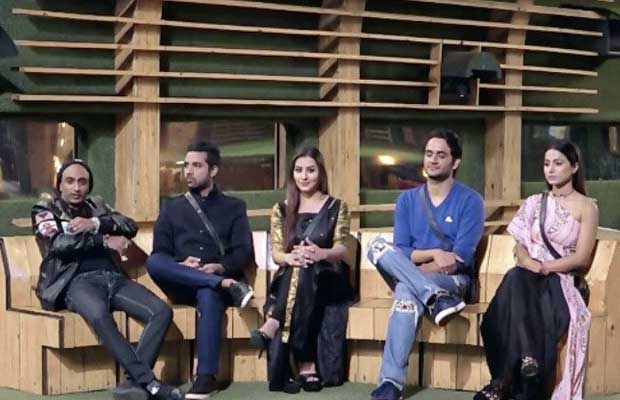 Bigg Boss 11 has been one of the most entertaining television shows of the year and finally, the reality show has reached its last leg now.

The latest episode of Bigg Boss 11 saw a surprise twist. Arshi Khan entered the house to test the mean quotient of everyone. As the Sanchalak and judge of the task, Arshi Khan plays a very crucial role in the task. This task also gives the contestants a chance to win huge money. Well, while we wait to know what twist this task brings further in the game, we think, viewers have already chosen their winner.

As we all know, Vikas Gupta, Shilpa Shinde, Hina Khan, Puneesh Sharma and Akash Dadlani are the top five contenders of the show. However, the makers are all set to bring mid-week eviction twist. In the coming episode, Bigg Boss 11 house will witness mid-week eviction and the show will get its winner on January 14.

It looks quite difficult for Akash and Puneesh to make it to top 4 as viewers clearly want celebrities to win the show. Vikas, Hina and Shilpa are quite popular and have earned huge fan following. The competition between the trios can be quite tough.

However, viewers have already picked their winner. We conducted a poll for Business Of Cinema.com readers asking who do they think deserves to win the show. With no guesses, a majority of them have chosen Shilpa Shinde as the winner of the show.

Check out the comments to the poll below: