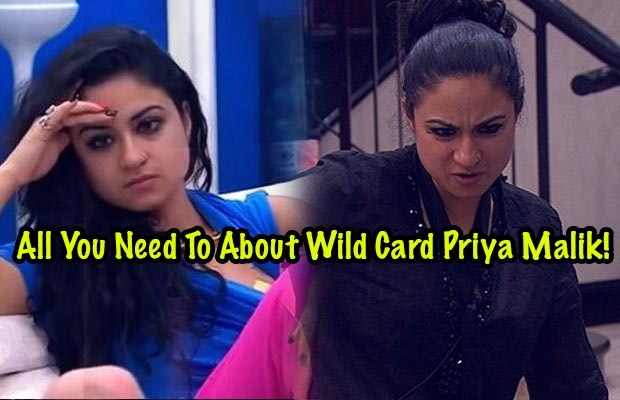 This season of Bigg Boss 9 seems to be more of wild card entries than more of the initial contestants who entered the house since the start of the show. With recent 3rd wild card entry of Kanwaljeet Singh, it’s time for 4th wild card contestant to enter the house.

1.       Yes, you heard it right, it’s time for 4th wild card entry and it’s none other than Indian-origin and comedian Priya Malik who created waves in Big Brother Australia 2014.

2.       She is famous since she made her way to ‘Adelaide Comedy’ which is popularly known to bring the top comedian together on the show.

3.       She basically belongs from Dehradun, India and iss married to Bhushan Malik.

4.       Priya went to Australia as student in 2008 and completed her studies in University of South Australia. Now, she is a permanent resident of Australia and was also one of the finalists in Big Brother 2014 show.

5.       She is a teacher by profession and loves writing poetry and has also participated and won many poetry competitions in Australia.

6.       Well, are you all excited to see her on the show, as she is known more for her bizarre and hot-tempered nature and that’s what fits best for the most controversial reality show Bigg Boss 9 Double Trouble too.

8.       Well, now that she is entering one of the most popular TV show Bigg Boss 9 Double Trouble, we are sure the show is going to be interesting than what it is now.