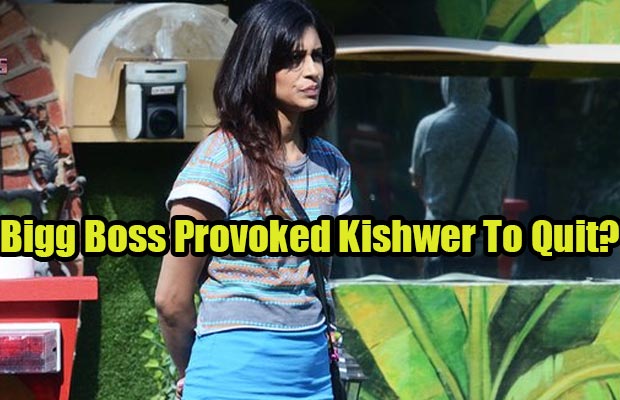 [tps_footer]Bigg Boss introduced a big twist in ‘ticket to finale’ task, which was played between two tough competitors of Bigg Boss 9 show, Kishwer Merchant and Prince Narula. Both the contestants were fighting to get ‘ticket to finale’, but as per the rule of the task only one person can be the first finalist of the show while the other would leave the house with a big sum.

It wasn’t easy for Kishwer and Prince to leave the task as both of them share a very good bond with each other. The task brought tears, confusion and laughter among the two, but ultimately, there was only one winner of the task. As earlier we exclusively revealed, Prince wins the task and becomes the first finalist of the season, while Kishwer Merchant walked out of the show with sum of Rs 15 Lakhs.

Interestingly, the increased amount equally got deducted from the winning amount of Rs 50 Lakhs which left other housemates in shock. Nevertheless, this twist and idea of creating greediness for the competitors worked out and that’s how Kishwer walked out of the show with Rs 15 Lakh.

Well, that was not only the reason; Kishwer also quit the game only for her rakhi brother Prince Narula. The two share a very good bond and due to this, Kishwer planned to leave the game and allowed Prince to proceed further towards the road of finale.

What do you all think on Kishwer’s decision? Did she make a right decision?