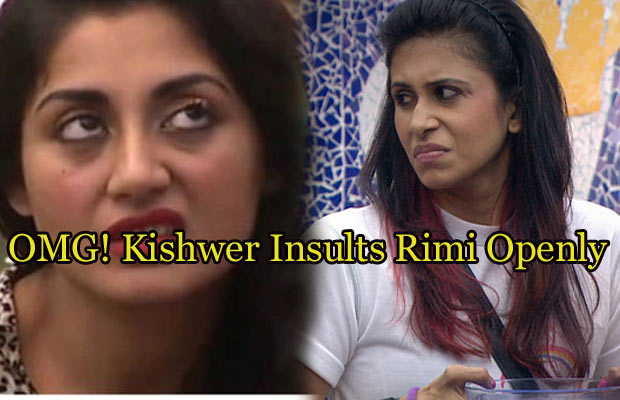 Since day 1 Bigg Boss 9 contestant Rimi Sen has been chanting that she doesn’t wants to live in the house and that she wouldn’t participate in any task.

Recently in shararti bacche task, Rimi Sen who was the moderator of the task, gave up to participate in the task by reasoning that she wants to get nominated and leave the show. But ultimately, due to her non participation in the task, the housemates were not given luxury budget points.

Now the housemates are annoyed on Rimi Sen and have been claiming saying that’s her game strategy. Also Kishwer and Rimi have heated argument on why is she not participating in the task. But, the cool and relaxed Rimi was not bothered, she instead laughed over it.