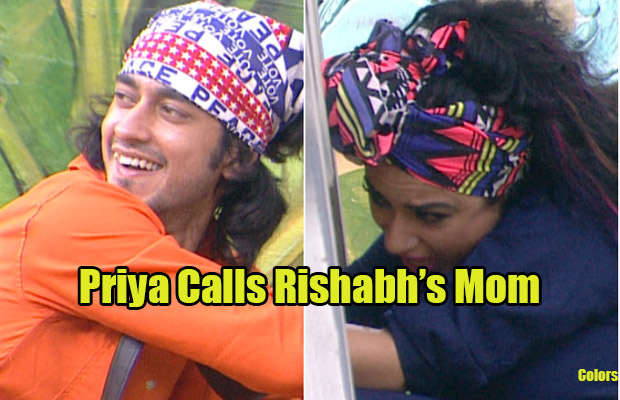 [tps_footer]After a successful run as a wild card contestant in Bigg Boss 9, the very short tempered and outspoken Priya Malik got evicted from the show on Saturday night. Priya Malik’s eviction was heartbreak, as she was already in the grand finale of the show.

But, unfortunately after becoming the first finalist of the show, Priya Malik had to leave the house on the basis of audience voting. Nevertheless, the very sporty and energetic Priya Malik gave an emotional and motivating support to the housemates as she left the house.

Post her eviction; Priya Malik was to quick to express her feeling on twitter, The Australian lady tweeted a picture of her with Salman Khan from the eviction episode. She tweeted the picture with caption, “#THIS. I can never express enough gratitude to @BeingSalmanKhan for not just being human but also for being humane!” 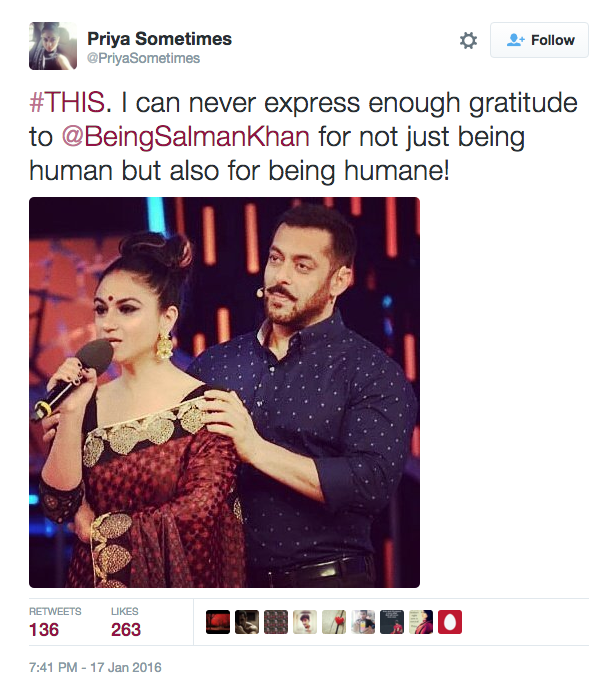 Not only that, Priya Malik also spoke to Rishabh Sinha’s mother after her eviction. Rishabh and Priya shared a very good friendship with each other inside the house. Though the two went against each other during the tasks and had some silly fights, they always stood for each other during the weekend episodes with Salman Khan.

Here is what Priya tweeted after having a word with Rishabh’s mom, “Spoke to Rishab’s mum yesterday;she treated me like her own daughter,goodness of heart runs in the family!#VoteForRishabh @iamRishabhSinha.” 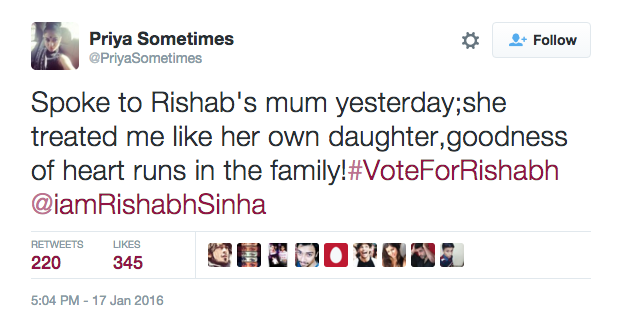