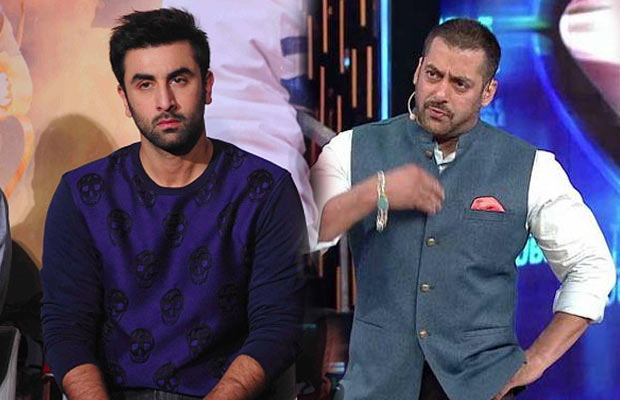 [tps_footer]As we earlier exclusively revealed that Bollywood actress Deepika Padukone will appear on Bigg Boss 9 show to promote her upcoming film Tamasha. The actress will be seen entertaining the housemates as well as audiences at her best with the host Salman Khan.

But Deepika Padukone’s Tamasha co-star Ranbir Kapoor will not appear on the show with the most obvious reason. Well, we all are aware about the equations of Salman Khan and Ranbir Kapoor over Katrina Kaif. Viewers were keen to know whether the “Barfi” actor will promote his film in Salman Khan‘s show Bigg Boss 9 or not, but unfortunately he is not.

Recently, it was speculated that Ranbir Kapoor avoided to face Salman Khan during a Diwali party as Ranbir’s current girlfriend Katrina Kaif was Salman Khan’s ex-girlfriend at one time. It seems keeping all the controversies away, Ranbir Kapoor chose not to be on the show and asked Deepika alone to promote their film.

Well, we wait to see what Salman Khan reacts on Deepika coming alone to promote her film without Ranbir Kapoor as we know Salman is best at his sarcasm!