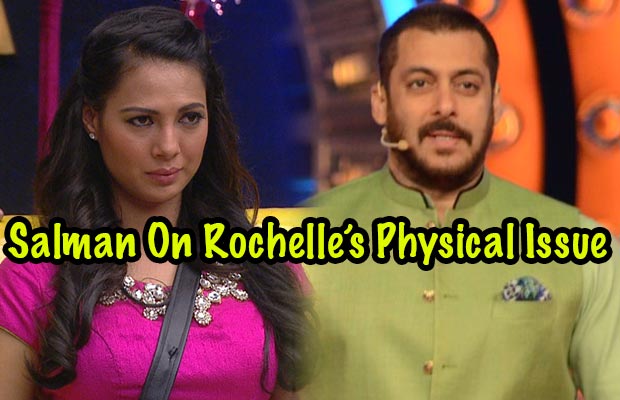 [tps_footer]When Rochelle tries to pull Mandana’s diaper down, Mandana claims that Rochelle got physical with her and quits the game out of anger. Irritated with the whole ordeal, Mandana also swears at Prince.
SalmanKhan tells Rochelle that being ‘physical’ has become a convenience for everyone as an easy escape during tasks.
CLICK HERE FOR SALMAN KHAN PREM RATAN DHAN PAYO BOX OFFICE UPDATES
The Dhoom actress has grabbed headlines for her non-involvement in the tasks inside the “Bigg Boss” house. Since day 1 Bigg Boss 9 contestant Rimi Sen has been chanting that she doesn’t wants to live in the house and that she wouldn’t participate in any task.
Rimi has been put into the jail for not participating in the kids task. Salman is upset with Rimi for putting others into trouble due to her behavior.
ALL LATEST BIGG BOSS 9 WITH SALMAN KHAN STORIES CLICK HERE
After this, Salman Khan grills Mandana for snapping at Rochelle because she was made a fool during the secret room task.  Mandana cannot be a true friend to anyone and she proved it after backstabbing Rochelle who was her ‘best friend’. Rishabh says he will always stand up for Mandana no matter what.
All contestants discuss with Salman Khan about how Mandana falls ill only during task. Everyone feels she does it for her advantage.
Stay tuned to Business Of Cinema to catch exclusive updates on Bigg Boss 9 Double Trouble!
CLICK HERE FOR MORE BOLLYWOOD UPDATES AND GOSSIPS