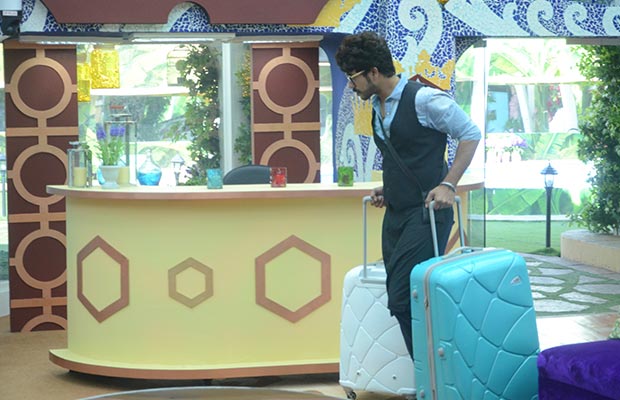 [tps_footer]Late into the night, Rochelle is seen having a conversation with Prince about why only Mandana is being punished for not doing the kitchen work while Yuvika is also equally guilty. Rishabh interferes in their conversation that does not go well with Prince and he ends up snapping at Rishabh. While Mandana is unhappy about not receiving any support from Yuvika, Prince tells Yuvika to not worry about anything as he will stand up for her under any circumstances.

The housemates wake up to ‘Khoon Choosle’ setting the right mood for the day. Everyone is seen dancing to this catchy number being unaware of what lies ahead of them. While having breakfast Rishabh and Yuvika have a conversation about Yuvika’s image in the outside world and how she comes across as spineless on screen. Meanwhile, Kishwer, Suyyash, Prince and Yuvika collectively agree that Rochelle and Keith is a strong pair and Keith is dancing to Rochelle’s tune. Kishwer further adds that Rochelle and she can never be friends and her friendship with Mandana is also for her survival in the house.

Later in the afternoon, Bigg Boss introduces a new task- Hotel BB9 where the housemates have to act like house staffs and attends the guests of the house. In this task Mandana and Rishabh are the guests, Prince is the manager and everyone else is the hotel staff. The manager and staff have to ensure that the guests have a pleasant stay at the hotel and all wishes are duly fulfilled. The real drama begins when Mandana and Rishabh start making life miserable for the hotel staff and manager. Being aware of team’s strengths and weaknesses, Mandana helps Rishabh execute his game-plan. Rishabh makes Kishwer give him a shoulder massage and takes a foot massage from Suyyash. Mandana makes Rimi and Rochelle give her a pedicure and manicure. Guest Sargun Mehta visits the hotel and teams up with Mandana and Rishabh to make the task even tougher for the housemates. Sargun says the house lacks entertainment and makes the staff sing and dance for her. Later, Sargun and Rishabh litter the bathroom and make Kishwer clean it. With revenge on his mind, Rishabh makes Digangana do things against her wish. Suyyash and Kishwer are made to act like dogs while Rishabh plays around with them. Seeing this, Princes gets furious and pledges to take revenge from Rishabh for bothering Kishwer and Suyyash and make Rishabh repent for all his actions.

Later in the day, the entire staffs unite and have a quick discussion on how they are going to tackle with Mandana and Rishabh’s commands. They decide to turn the tables around and make Mandana and Rishabh cry. Looks like this task will only change the game but also relationships inside the Bigg Boss house.