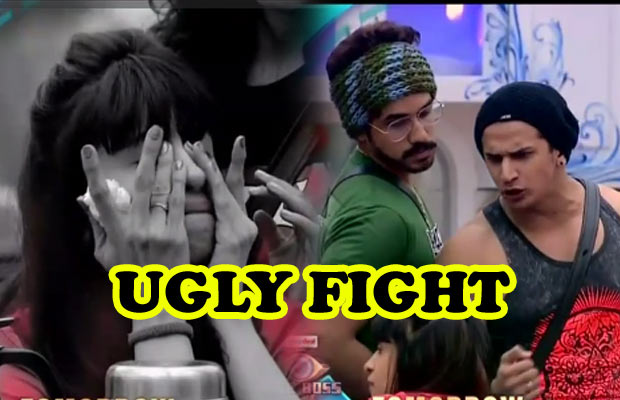 After weekend’s eviction with Salman Khan, Bigg Boss 9 contestants went through stressful nominations and moreover anything fortune baba changed the game of the housemates.

Just after fortune baba opened his mouth personally to each and every safe contestants of the house from this week’s nominations, the discussions and mind game started running among the contestants. Each and every housemate started thinking on their own way and moreover anything it seemed the environment of the house was changing speedily.

Also after nominations comes luxury budget task where another strategies will be seen among the teams. Well, social media is a part of every human’s life and keeping that in mind it seems Bigg Boss has introduced ‘friends page’ task where the game would be against two contestants-Suyyash and Prince. Both the hunks would be seen against each and other contestants had to put their views as a status on any of the contestant’s page of their choice, which was placed in the garden area. Both Suyyash and Prince were given their respective ‘friends page’ wall.

Also Watch: Bigg Boss 9 With Salman Khan: Housemates Voicing Their Opinions And Standing Up For Themselves!

Well, task without controversies? Is it really possible? In the tomorrow’s episode you will see a big fight between Kishwer and Prince who argue on the task. Also Aman will be seen having a heated argument with captain Kishwer.

Kishwer is the next target? Well, time will tell better till then stay tuned to Business Of Cinema to catch exclusive high voltage drama updates from Bigg Boss 9 Double Trouble!