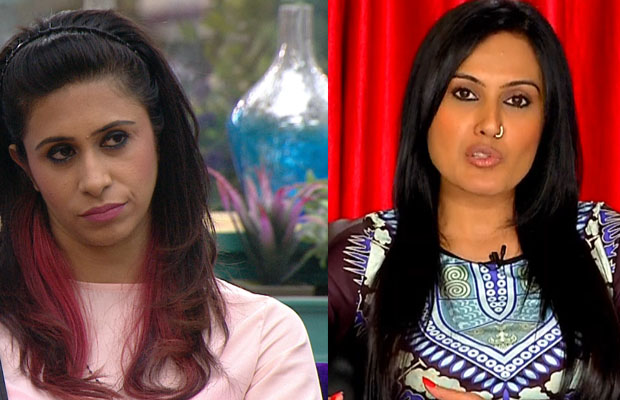 Also Read: Exclusive Bigg Boss 9 With Salman Khan: Guess Who Gets Evicted From The House!

Kamya expressed her disappointment with Kishwer for calling the other housemates ‘uneducated’ and ‘uncultured’. Kamya told Kishwer that by calling names for others and her present behavior in the house makes her look uncultured. She asks Kishwer to explain her definition of uncultured and uneducated and on what basis she made such outrageous comments. Kamya also points out that Kishwer took a very wrong step by walking out on Bigg Boss and she should be ashamed of it.

This did not go down well with Kishwer and she seemed visibly upset and disturbed by Kamya’s comment. Nothing can be hidden in the Bigg Boss house. The transparency in the show reveals the true nature of every housemate living in the house.

Later, Salman is joined in by the cast of Hate Story 3; Daisy Shah and Zarine Khan who shake a leg with him to the popular number ‘Character Dheela’. Daisy and Zarine interact with the housemates and ask them to narrate some of their hate stories. Salman Khan was also seen celebrating Children’s Day.