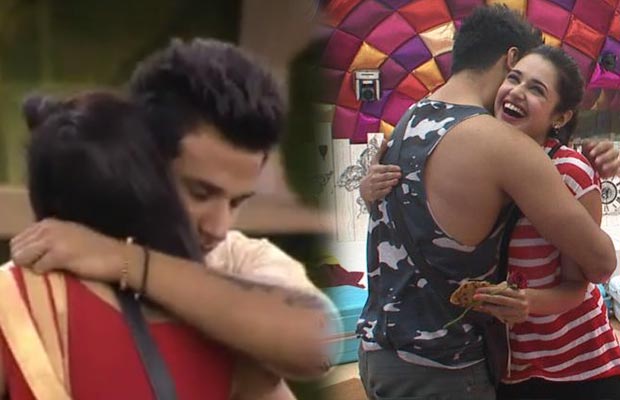 Doll-face Yuvika Chaudhary entered the Bigg Boss 9 house with partner Vikas Bhalla with positivity and a constant smile on her charming face. When Vikas Bhalla’s snores created a ruckus for the rest of the house, Yuvika’s patience stayed strong and she displayed her understanding nature. Adjusting to the lack of sleep, instead of cribbing , Yuvika made arrangements to make her partner feel comfortable

Winning the first captaincy task against strong contenders Kishwer and Aman, Yuvika and partner Vikas became the first captain Jodi of Bigg Boss Double Trouble. Their captaincy style received multiple brickbats for but they even sailed through it with much postivity. She developed a strong bond with partner Vikas Bhalla and he supported her when she fainted during the Lagaan task.

Trying to up her game, wildcard contestant Rishabh’s advice guided her through the last week. Her fight with Mandana surprised housemates and viewers alike. While Prince Narula had expressed a romantic interest in her, she thought it was all a part of the game and showered Rishabh with attention. When Prince proposed to her with a heart-shaped parantha, Yuvika only blushed and smiled. She finally revealed that she does not feel the same way for Prince and that Rishabh is a ‘sweetheart’. Her exit from the house left Prince visibly upset.

Speaking about her journey in the Bigg Boss 9 house, Yuvika Chaudhary said, “I tried to stay as real as possible inside the Bigg Boss house and have learnt the art of saying no when needed. This experience will stay etched in my memory for my life. I am glad to be out of the house and cannot wait to start my journey once again!”