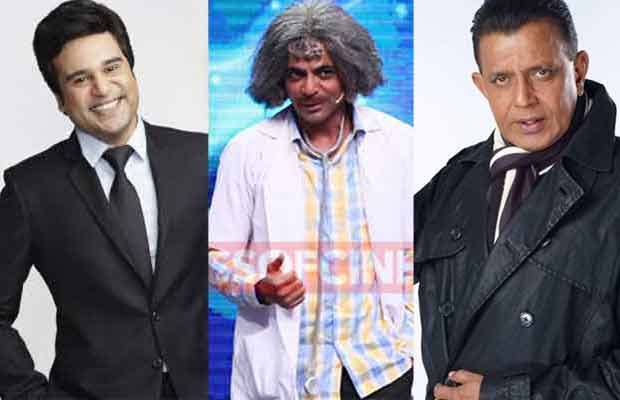 This veteran actor will be playing a larger than life character in Krushna Abhishek’s show.

The media is thoroughly tracking the developments of Krushna Abhishek’s new show which will air on Sony TV. The ex-members of The Kapil Sharma Show have joined hands with the makers of the new show. The people who are going to be a part of the show are Ali Asgar, Chandan Prabhakar, Sugandha Mishra Dr Sanket Bhonsale, Riddhima Pandit and Marathi actor Tanaji Galgunde.

Earlier, one more development was reported regarding the show. It was reported that the show’s name has been changed to The Drama Company. Now, again, a new member has come on board the show and that is no one other than yesteryear superstar Mithun Chakraborty,

A source close to the show told The Times Of India, ”Mithun will be the owner of the Comedy theatre who will hire Krushna Abhishek, Ali Asgar, Sudesh Lahiri, Sugandha Mishra and Sanket Bhosle for his company. He will hire them with a promise of producing a film for them one day. The show will be comedy of errors as none of the members will get along with each other and this will lead to situational comedy.”

It is believed that the actor won’t be a judge like Navjot Singh Sidhu on The Kapil Sharma Show. He will be acting with the cast as he is also good in comedy. The source further adds, “His character will be shown larger than life. He will not be cracking silly jokes, instead, the conflicts between the theatre actors and situations will lead to comedy

The yesteryear superstar was missing from Indian television after being the grandmaster of Dance India Dance for many years. It will be great to see the actor, who has only judged reality shows for a long time, to tickle the funny bone of the audiences.

Watch Video Full Interview: Krushna Abhishek SPEAKS UP On Collaborating With Kapil Sharma And Much More