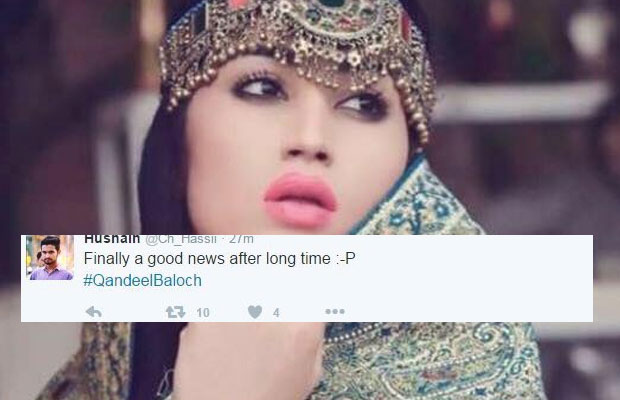 [tps_footer]Pakistani model Qandeel Baloch who has been the controversy queen in the conservative region of Pakistan has been murdered. The celeb was murdered by her brother in the name of honor.  Qandeel had earlier also expressed that she is receiving threatening death calls and she had also decided to move abroad with her parents.

Reports state that Qandeel Baloch was strangled to death by her brother for apparently keeping up the family honor. Baloch was one of the most controversial stars of Pakistan. She created headlines when she once commented that she would strip for her nation if Pakistan won against India in the T20.

Well, apart from the controversies, Qandeel was also a favorite of the youth as they respected her for her straight forward attitude. The news of her murder has now brought to light the ill element of honor killing.

Fearless Qandeel Baloch earlier posted bare selfies on the social networking sites and also made shocking statements. The fans and Bollywood celebrities are shocked to the core for Qandeel’s murder. Here is what they say

Where was her brother’s honour when she was beaten by her husband?  #QandeelBaloch

Hated and Loved, #QandeelBaloch was just another person. Killing her proves no honor, but cowardness. #honorkilling – wrong in all religions

There is no justification for killing anyone just because you don’t like their lifestyle. #QandeelBaloch 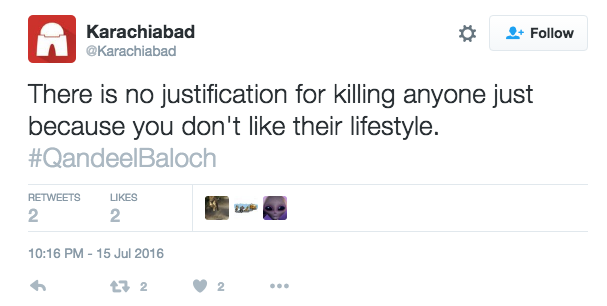 Killed her on name of Honour, but never tried to protect her when she needed the MOST…. #QandeelBaloch #RIP 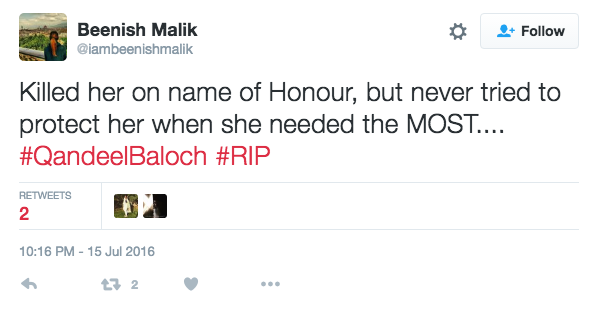