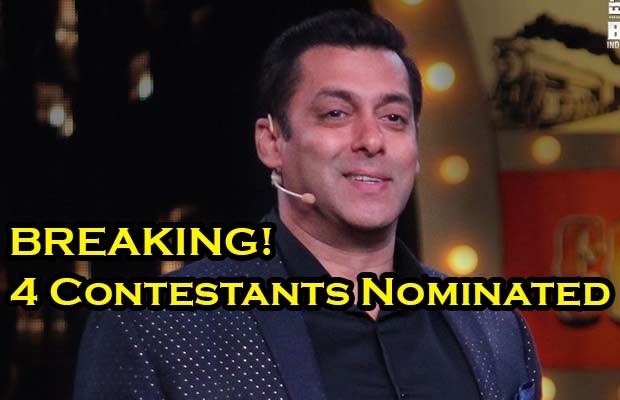 The controversial reality show, Bigg Boss 10 with star host Salman Khan has finally kicked off. It’s known to all that for the first time ever in the history of the reality show, commoners have entered the house along with the celebrities. 7 commoners and 7 celebrity contestants have made their grand entry into the house to live an unpredictable journey for the next few months.

Do not forget, the show has lots of surprises in the store and is really going to leave you excited.

Well, as soon as they entered the house Bigg Boss dropped a big bomb on all the 14 contestants of the house. We exclusively reveal that the first nomination of the show has already happened and we are revealing who are the nominated contestants

Click Next To Know The Names Of 4 Nominated Contestants: