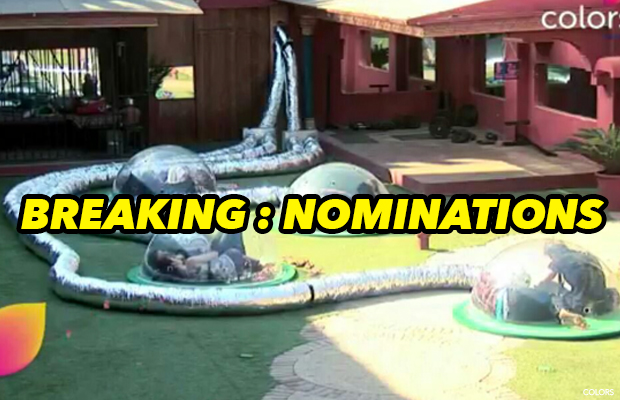 Bigg Boss 10 is going to witness double drama as 4 wild card contestants Elena Kazan, Sahil Anand, Priyanka Jagga and Jason Shah have entered the house. It was a relief for the nominated contestants after Salman Khan announced that there is no eviction. As we saw in the last episode, Salman asked all the wild card entrants to choose the target they would want to replace in the house from the 5 a;ready nominated contestants (Bani, Rahul, Gaurav, Manveer, and Nitibha).  Sahil challenges Rahul, whereas Priyanka challenges Bani. On the other hand, Elena challenged Nitibha and Jason challenged Gaurav. Manveer gets safe directly as nobody chose him as a partner for the nomination task.

Bigg Boss introduced a challenging task between them and the one who loses from each pair will get directly nominated. We EXCLUSIVELY reveal, all the 8 contestants had to sit inside a dome with their pair. The dome was too small to let 2 people fit in with comfort and it was time for some patience check  that who will sit for longer to get safe from the nominations.