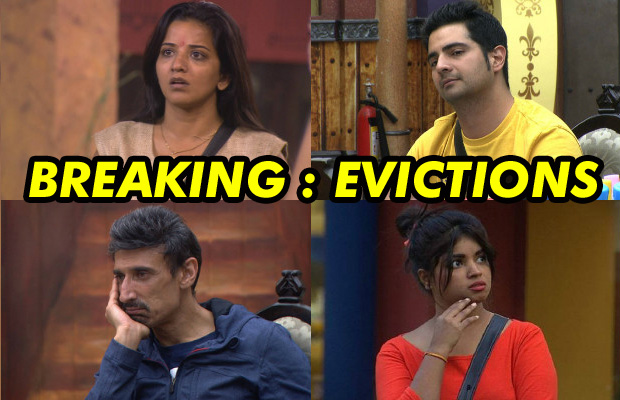 The weekend is synonyms to eviction for Bigg Boss 10 housemates. Another week as passed by with struggle, fights, arguments, emotional breakouts and much more. Undoubtedly, this week was not easy for the contestants after their belongings were locked down for the luxury budget task. After two days long task, Rohan’s team won luxury budget and he even turned out to be the captain of the task.

After a rollercoaster week, Salman Khan is currently shooting for the weekend ka vaar episode and has interacted and took the class of the contestants. The actor questioned and raised points on the wrong doings throughout the week. Amid everything, the tension between the nominated contestants was heating up. This week 4 contestants are nominated- Rahul Dev, Karan Mehra, Lokesh, and Monalisa.

This week guessing who will be out is too tough but do not worry, we EXCLUSIVELY reveal who is thrown out of the house this week after Navin’s eviction. CLICK NEXT TO KNOW WHO IS EVICTED!