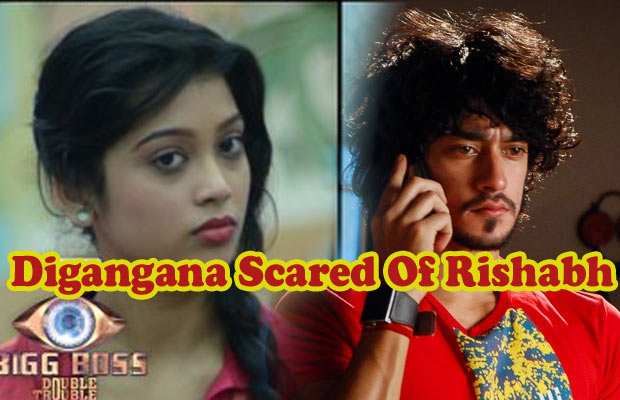 We Exclusively revealed that Vikas Bhalla was the second contestant evicted from Bigg Boss 9 house. After Arvind Vegda’s eviction from the house in the Saturday’s episode you will see how Vikas bids bye to the housemates in the third week of the show.

We also exclusively revealed that Rishabh Sinha the new wild card entrant of the show has made his entry in the house and has turned to be unexpected. He was given a grand welcome by Bigg Boss with ‘baand baaja’, at the same time the contestants were in shock, especially Kishwer Merchant who has already worked with Rishabh.

Soon after Rishabh made his entry in the house, he started created ruckus as Bigg Boss had already informed him to play a mind game with the contestants and to show them the real them. As he was well guided by Bigg Boss, Rishabh didn’t leave a single chance to get down in argument with the contestants of the show.

One of the strange and shocking things came out was for the contestant Digangana. Her past came haunting her even in Bigg Boss 9 house. Rishabh and Digangana have earlier worked together in the show Qubool Hai. Digangana who was playing Nuzhat, Ayan’s (Rishabh Sinha) sister has been thrown out of the serial due to her ruckus with Rishabh and other actors of Qubool Hai.

According to reports,  Digangana Suryavanshi was creating a lot of problems on the sets. She had a fall out with the actors of the show and also happened to get into an argument with Rishabh. Rishabh  who  known for his witty natured had comments and asked Digangana to back off as she was irritating him with her annoying behaviour. This created police matter where Digangana called her parents and police on the sets. This really upset the producer who decided to replace her overnight.

Discussing the entire scenes of her past, Digangana shares with the contestants that how scared she is from Rishabh as because of him she was thrown out of the show in past.