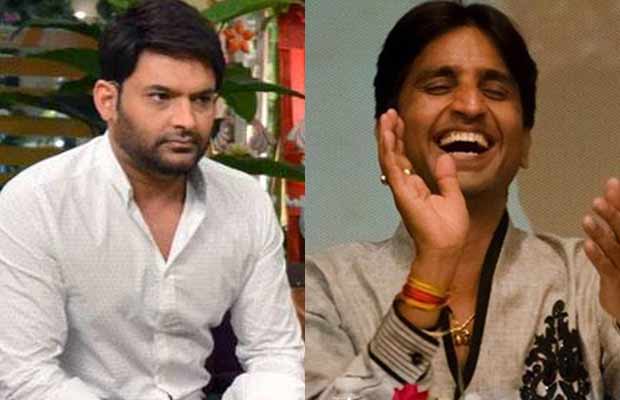 Not Kapil Sharma, but this time, the celebrity guest of ‘The Kapil Sharma Show’ has fallen into trouble. According to reports, a complaint has been filed against Aam Admi Party leader and poet Dr Kumar Vishwas. Kumar Vishwas along with others poets Rahat Indori and Shabina Adeeb, who had appeared on Kapil Sharma’s show, which was aired on July 1.

Reportedly, Kumar has been slammed for making derogatory remarks against women on The Kapil Sharma Show. A housewife has filed a complaint against Kumar Vishwas in Delhi’s Dabri Police Station for making inappropriate comments on women.

During the show, Kumar Vishwas had said, “For a politician, it is really difficult to seek votes in his own colony. He has no option but to call the husband of the woman he likes as Jijaji (brother-in-law), saying Jijaji please do vote..”

Kumar was earlier into trouble for making derogatory statements against nurses from Kerala. In January 2014, the poet-turned-politician had to issue an apology on the same.