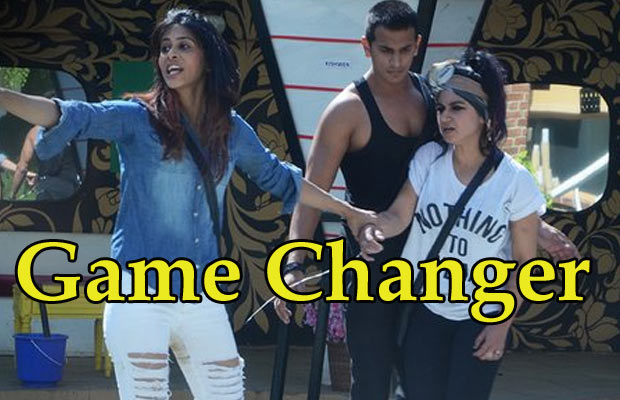 We exclusively reveal, Bigg Boss announced new ‘ticket to finale’ task in which Kishwer, Prince and Mandana had to stand in their individual booth. All the three of them were given buzzers with some instructions. Firstly, once all the three of them get inside their booth, they can’t eat or drink anything.

Well, coming back to the game changer point, Bigg Boss gave three options to all of them.

(A) If out of three, one person presses the buzzer first, he\she will be out of the game and will stay in the house as a normal contestant.

(B) If the person presses the buzzer second, he/she will be out of the house and will be tagged as ‘chela’.

(C) If the person presses the buzzer third i.e last then he/she will directly get ‘ticket to finale’.

Well, this task is going to be tougher and also all the three would give their best to enter the finale at this stage of the show. Well, who will use brains and who will leave the game in this task will be a game changer of the show.
Stay tuned we are announcing the results of this task soon!