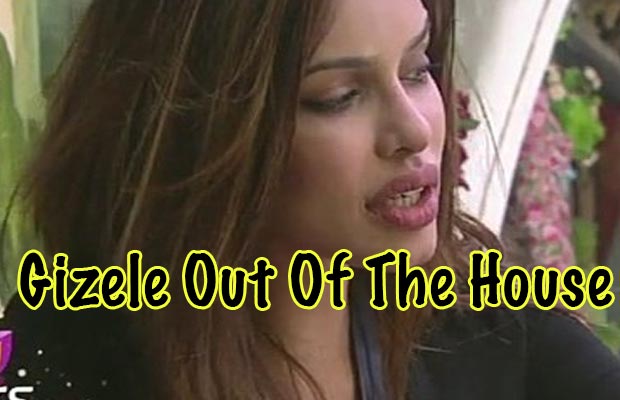 [tps_footer]The popular reality show Bigg Boss 9 is going through lots of twists and turns. Two new wild card contestants, Nora Fatehi and Gizele Thakral are trying to spice up the show with their strategies.

While Nora is trying to take footage by making love connections with Prince Narula, Gizele Thakral is getting attention for her vamp behaviour. Well, now we exclusively reveal, Gizele is leaving Bigg Boss 9 house again.

Shocked? Don’t be, because the model turned actress will be in the house again, as she is moving out of the house for her tooth treatment. Remember, we had exclusively revealed that how Gizele Thakral broke her leg during the ‘Bhoot Bangla’ task?

Bigg Boss had asked the humans to destroy all the skeletons and props of the ghosts team in order to win the task. While humans were trying to pull down skeletons, an unexpected incident happened with Gizele. During the battle task, a bone of her left leg got dislocated and the doctor was called in immediately.

Though she didn’t suffer any fracture, but due to the unbearable pain, she was taken out of the house for X-ray and treatment. Now once again, Gizele is taken out of Bigg Boss 9 house, but this time she out of the house for her tooth treatment. The model turned actress Gizele is taken to the dentist and will be back in the house once her medical formalities are done. Is she trying to grab attention by such new dramas? Well, time will tell better!