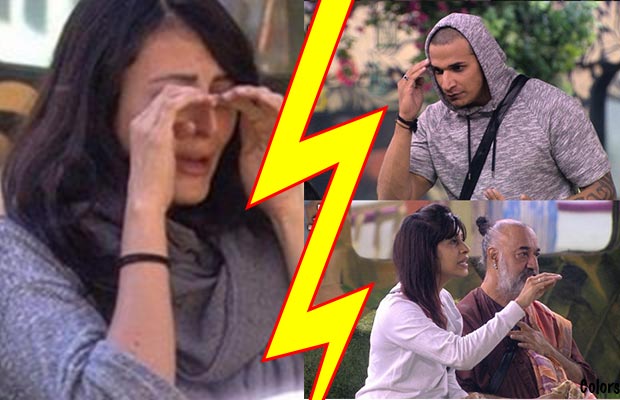 [tps_footer]Bigg Boss 9 contestants can create fights and controversies out of nowhere and with this the audience will witness the funniest and silly fight ever between Priya Malik and Mandana Karimi.

We exclusively reveal, it all started after Salman Khan gave a cap to Priya Malik. Mandana Karimi who is known to poke contestants, tried to take away Priya Malik’s cap, which created a fight between them. Yes, in the upcoming episodes you will witness how a single cap can create a fight between the housemates.

Both Priya and Mandana had an ugly argument over the silly thing. As the house is known for catfights, it was much needed for them to continue the trend. The fight was only between Mandana and Priya, but later it turned between Mandana Karimi Vs housemates.

All the housemates once again turned against Mandana Karimi saying that it was her fault to deliberately tease Priya Malik by taking her cap. The housemates were already annoyed on Mandana due to her behaviour towards them during Salman Khan’s presence.

In the tonight’s episode you will also see how Salman Khan slams all the housemates except Mandana for the groupism in the house. The actor took Mandana’s side saying she is the only contestant who is playing her game individually in the house.

Let’s wait to catch the high voltage drama of housemates Vs Mandana Karimi in the upcoming episode of Bigg Boss 9.