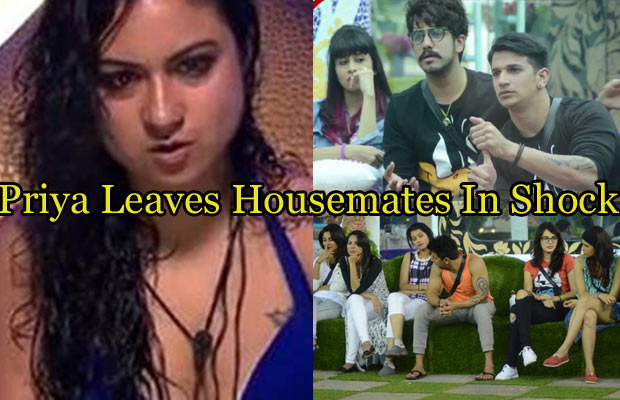 Bigg Boss 9 house is known for its twist and turns at any point and with this we saw unexpected eviction of Aman Verma. Yes, Aman Verma is evicted from the house.

We exclusively reveal that after Aman’s eviction, Bigg Boss conducted nominations which happened in activity area of the Bigg Boss 9 house. Temporary confession room was created and interestingly this time it was not Bigg Boss who instructed housemates for nominations, instead Priya Malik carried nominations procedure.

Being invisible, Priya Malik left everyone wonder only with her voice. Housemates kept wondering who’s voice it is and that was the next shocking thing happening to them after surprise nominations. Between this, nominations was carried out and the contestants left back to the living room of the house again. While the housemates were playing guessing game, Priya Malik makes a grand entry in the house.

Well,  we wait what drama and lessons does Priya Malik teaches to the housemates as she is known for her hot tempered nature