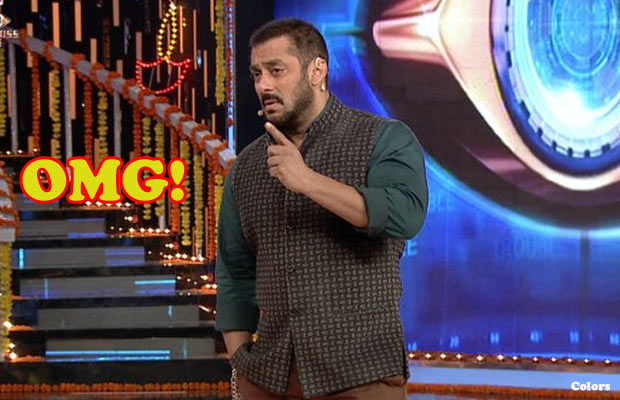 After a stressful week, drama, controversies and with two wild card contestants Puneet and Rishabh taking the center stage in Bigg Boss 9 house, its time for the eviction.

Well, earlier we already reported that Salman Khan and Sonam Kapoor along with their upcoming film Prem Ratan Dhan Payo team will visit the house. And guess what? This time Salman Khan himself will take the one evicted contestant outside the outside, as he was already in the house for PRDP promotions. Lucky to get escorted by Salman Khan itself! It would be a espectful exit from the house.

Meanwhile, Mandana Karimi is already safe from this week’s eviction.