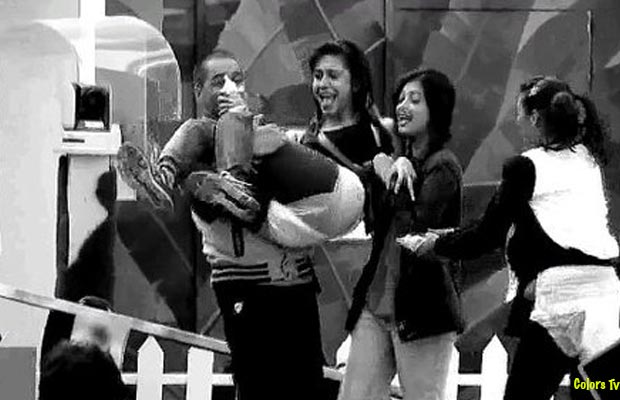 [tps_footer]After Puneet’s eviction and with many twists and turns in Bigg Boss 9 house during the weekend, the contestants were introduced with new task. This task is  very important for the contestants, as nominations will take place on the basis of this ‘shaitani bacchey‘ task.

Dividing into two teams, the housemates were turned to be kids and caretakers of BB nursery. One team was divided into kids which included Prince, Rishabh, Kishwer and Rochelle and the rest were the caretakers of them in BB care nursery.

Between all this, Digangana kept quiet and raised the point after the task was done as she didn’t wanted to disturb the ongoing task. Well, another high voltage drama between the housemates for nominations?