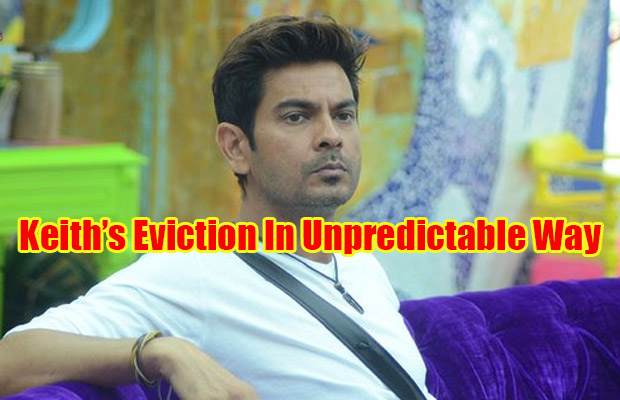 [tps_footer]After reaching so close to the grand finale of the most controversial reality show Bigg Boss 9, the housemates witnessed one of the scariest evictions of the season. After Priya Malik got evicted from the show, Mandana Karimi, Prince Narula, Rishabh Sinha, Rochelle Rao and Keith Sequeira were trying their best to secure their place in top 4.

As earlier we informed, Bigg Boss had planned a surprise mid week eviction for the top 5 contestants of the season. We already exclusively revealed, after surviving three months in the house with many ups and downs, Keith Sequeira got evicted in the ‘final evictions’ of the show.

Despite of not having a happening time inside the house, Keith Sequeira managed to stay till the last week of the grand finale. Nevertheless, little did anyone wonder how his eviction was carried last night?

We exclusively reveal, last night Bigg Boss left everyone shocked when the surprised mid week eviction was announced. All the housemates were asked to present in the garden area where two electronic voting machines were placed. A conventional audience voting was shown live to the bottom two contestants of the show, while the rest three contestants were already declared safe.

Bottom two contestants Rochelle Rao and Keith Sequeira were asked to stand in front of their ballot machines while the live voting was constantly going up and down along with their nervous heartbeats. And well, the results are known now!