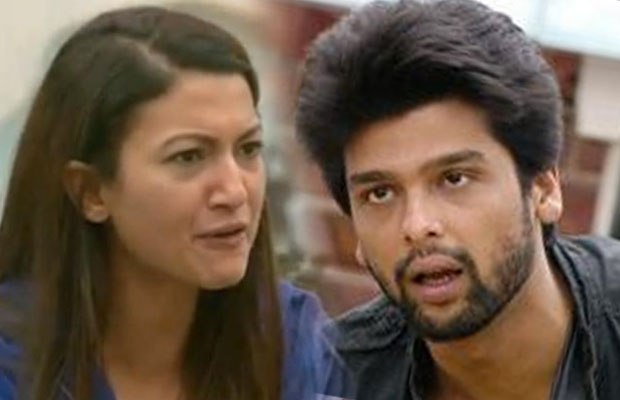 [tps_footer]Gauahar Khan and Kushal Tandon created headlines for their relationship in the past. The two stars who met on the sets of reality show Bigg Boss were always hand in hand. The two dated each other even after coming out of the show. However, the happy times did not last long and they parted ways. It was being said that Gauahar and Kushal have broken up on a peaceful note.

Things have turned sour between the two television stars lately. Kushal Tandon who will soon be seen in the serial Beyhadh confessed something blunt about Gauahar. The actor stated that he is not even friends with Gauahar anymore and does not even want to be her friend.

This sharp comment has surely irked starlet Gauahar Khan. After being mum for a while, the actress has now slammed ex-boyfriend Kushal Tandon in a harsh way. Gauahar took to the Snapchat app and said, “It is so disappointing to read that some people need your name to make headlines even in their work articles. Get over it. There are two golden words that people can use ‘No Comments’. You don’t need to answer everything that the journalist ask.”

Well, Khan is undoubtedly miffed with Kushal over his statement and her reply proves the same!

The argument did not end there, Kushal gave rise to a new matter when he tweeted something indirectly to Gauahar Khan. The actor presumably tweeted in order to reply to Khan’s statement saying, “Really ur “name” huh there is a reason an ex is called an ex Coz it’s n example of wat you shouldn’t ve again in the future..#bubble burst.”

Seems like, this war is going to get more dreadful![/tps_footer]