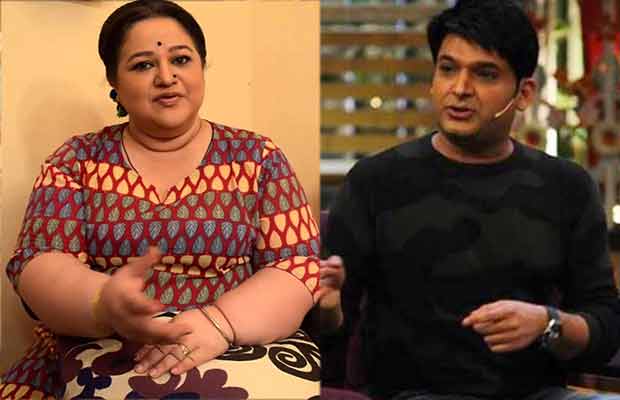 Kapil Sharma is experimenting with the content of his show to gain good response from the audience.

The Kapil Sharma Show has been struggling hard to get back to their good TRP ratings. After the important stars Sunil Grover, Ali Asgar and Chandan Prabhakar left the show, Kapil has been trying to improve the degrading content of the show by bringing in new characters.

Earlier, Kapil tried to experiment with the content of the show by bringing Upasana as Kappu’s neighbour and an old friend of Dr. Mashoor Gulati. He also added a new character of Raju Shrivastav as Bumper’s chachaji.

Now there is one more new entry on the show. Supriya Shukla who currently plays the role of Pragya’s mother, Sarla in Kumkum Bhagya is going to be a part of the show.

Talking to a daily, Supriya says, “I was a bit nervous since this happens to be my first stint with comedy. However, Kapil and his team were really supportive. I will be bringing in the Kanpur flavour, and have worked hard along with the writers of the show on the lingo as well.”

Sunil Grover, Ali Asgar and Chandan Prabhakar are very firm on their decision of not returning on the show as they have been missing from the sets even after Kapil trying hard to bring them back. All of them have kept themselves busy by performing in LIVE shows in different cities across India.