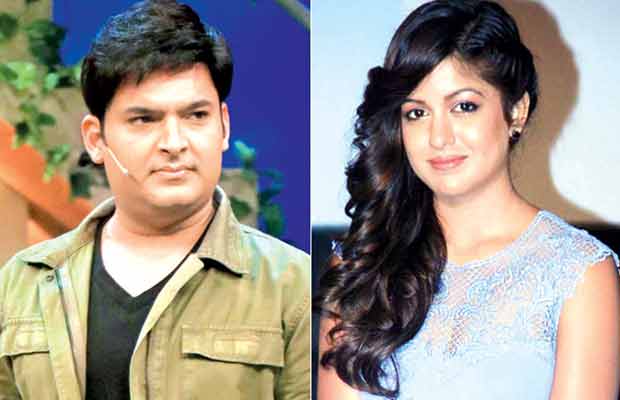 Post fight with Sunil Grover, comedian star Kapil Sharma has been continuing with his show as well as shooting for his upcoming film, Firangi. Kapil tried his best to bring Sunil back on the show. However, nothing worked out. In fact, in every episode, he takes a dig at his fight with Sunil and also expresses that how much he misses him to be on the show. But has Sunil’s exit from the show really affect Kapil Sharma? Well, Kapil’s Firangi co-star Ishita Dutta has something to reveal about the same.
Known for her role as Ajay Devgn’s daughter in Drishyam, Ishita Dutta shares about Kapil’s behavior on the sets of the film and how he makes her feel comfortable with every shot. Talking to DNA, Ishita says, “Kapil respects people a lot. As far as the incident on the plane and the controversy is concerned, I don’t know what happened. I have not asked him about it. I have too much respect for him. All I know is that I have shot with him for almost five months and he has always been nice and tried to make everyone comfortable on set. Whenever I have been nervous before any scene he has always been reassuring.”

The actress also revealed that post controversy with Sunil, nothing has affected Kapil Sharma. He is chilled out, funny and is focused on his work. The actress adds, “There has been no change in Kapil even after the controversy broke out. He is still as chilled out and funny as he has been since the first day. Kapil is very busy with his other shows and shoot but you will never see him stressing. He is very focused and works on every scene with the director and the actors. I am sure such an incident would affect anybody, but it’s how one handles it and without letting it affect your work. Kapil is very funny and always makes us laugh on set by cracking jokes and just being himself. He is super busy but it’s so nice to see how he is always smiling and completely relaxed. So many people would come to the set to meet him, but as the makers didn’t want to reveal the look of the film, he would change into personal clothes so his fans could click pictures with him, which I think was very sweet.”