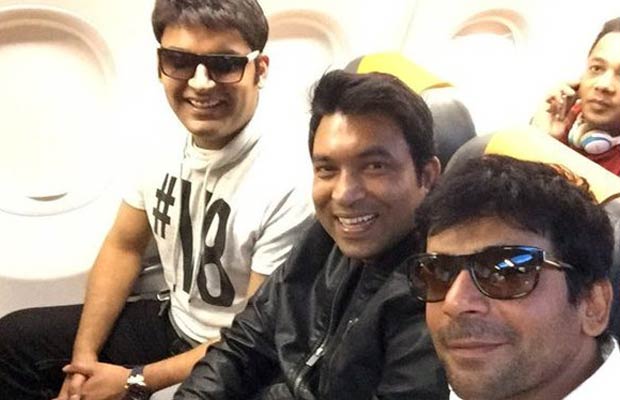 [tps_footer]After the promo launch of their new show ‘The Kapil Sharma Show‘, comedian Kapil Sharma along with his gang has geared up with the promotions of the show. Since Kapil Sharma made an announcement on his new show, fans are very much excited and can hardly wait now to see their favourite comedian star back on the television screens.

Though the show is one month away to begin, Kapil along with his team members Sunil Grover, Kiku Sharda and others have started with their journey of promoting the show in order to stay connected with the viewers in every part of the country.

The gang, who is all set to tickle your funny bone, have moved to Amritsar for a promotional event of ‘The Kapil Sharma Show‘. Expressing his excitement, Sunil Grover took to his twitter handle to share his on flight picture with Kapil and Chandan Prabhakar.

He tweeted, “The Journey of ‘The Kapil Sharma Show’ begins with the land of Gurus. Amritsar we are cominggggggg…!!” 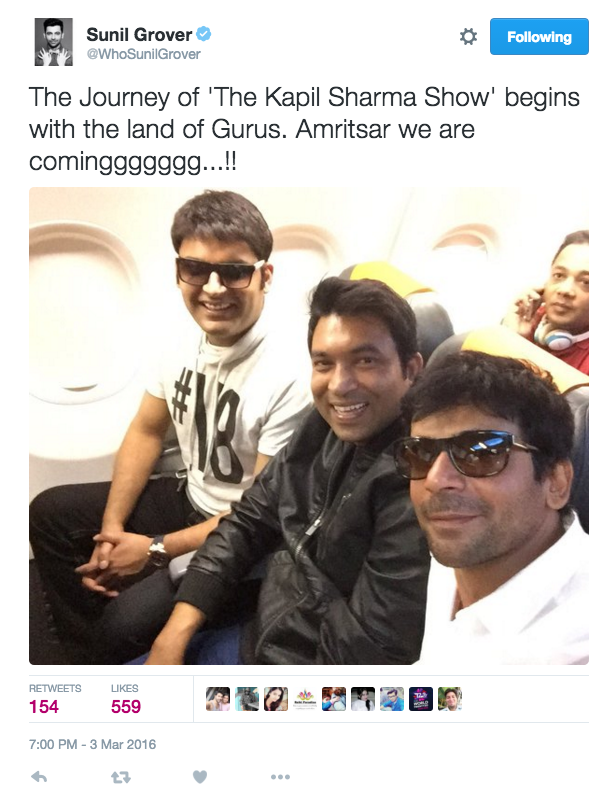 While their multi city tour has already begun, after Amritsar, Kapil Sharma’s team will also visit Bhopal on March 11, Lucknow on March 16 and Delhi on April 1. The first episode of the show will be shot live with the audiences in Delhi on April 1.

The much-awaited show, will be telecast on Sony TV channel every Saturday and Sunday at 9 pm from April 23. Well, its time to cheer up and wait for Kapil Sharma’s new show as he has returned back again with a bang.[/tps_footer]