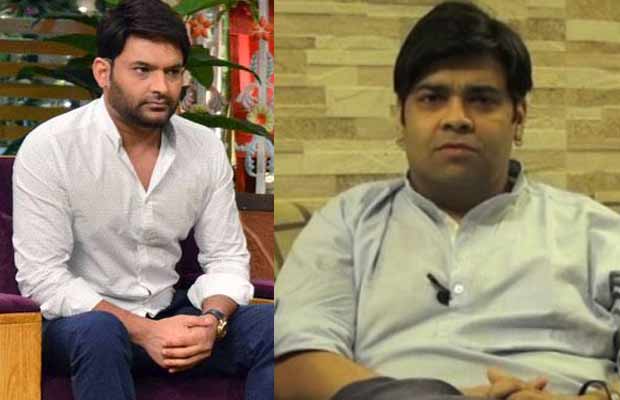 There have been several reports on The Kapil Sharma Show going off-air!

Kapil Sharma and his show ‘The Kapil Sharma Show’, both have been severely affected by the mid-air brawl. It is the one that happened between him and Sunil Grover. After the fight, half of the star cast of the show including Sunil, Ali Asgar and Chandan Prabhakar had left the show. And it was since then that the show has been experiencing a downfall.

Although the addition of comedians like Bharti Singh and Raju Shrivastava did some good to the show and increased its TRPs. But then again the ill health of Kapil has taken a toll on the show.

It was recently only when the star cast of ‘Mubarakan’ was told that the shoot has been cancelled. The reason reported was that the comedian fainted and had to be rushed to the hospital.

Earlier, the star cast of ‘Guest Iin London’ including Paresh Rawal, Kartik Aryan and Kriti Kharbanda were informed about the cancelled shoot. And very recently, it was before a camera interaction with Shah Rukh Khan that Kapil had fainted again. The interaction was for the promotions of ‘Jab Harry Met Sejal’.

It has made the show fall on the TRP charts on number 14. And that has been the reason why there are so many reports doing the rounds of media about TKKS going off-air.

But rubbishing all such reports, the comedian Kiku Sharda has told Bollywood Life, ”Kapil’s absence due to his ill-health has fanned stupid speculations. I don’t want to comment and fan all this further. We have started shooting for the coming weekend.”

It was also reported that Kapil is suffering from depression. He is very stressed out due to the falling TRPs of his show. When asked about that, Kiku says, ”Total rubbish, people are saying anything they feel like.”

Watch Video : Kapil Sharma Speaks Up On Mid Air Fight With Sunil Grover And Not Shooting With Shah Rukh Khan!