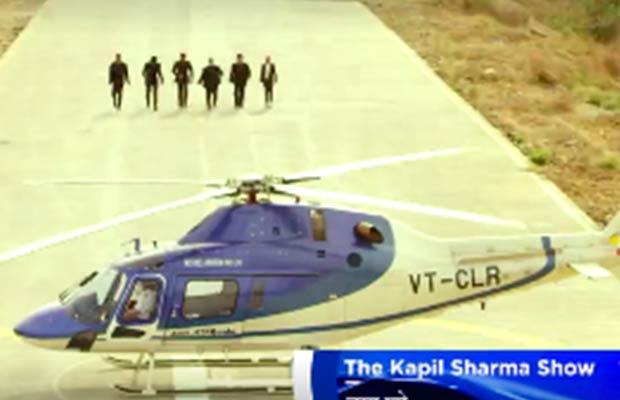 [tps_footer]Kapil Sharma is back with the new show titled as ‘The Kapil Sharma Show‘ and finally here comes the first promo, which will be aired on Sony TV channel. In the promo video, Kapil along with his team in black, is seen making a classy comeback yet its hilarious again. The most successful and popular comedian Kapil shuts the mouth of his haters and rivals with this promo of his new show, ‘The Kapil Sharma Show‘.

The promo of ‘The Kapil Sharma Show‘ looks promising yet entertaining with the entire cast including Sumona Chakravarti, Sunil Grover, Kiku Sharda, Ali Asgar and Navjot Singh Sidhu. The much awaited show will be aired on Saturday and Sunday on Sony TV channel from April 23, 2016 at 9 Pm!