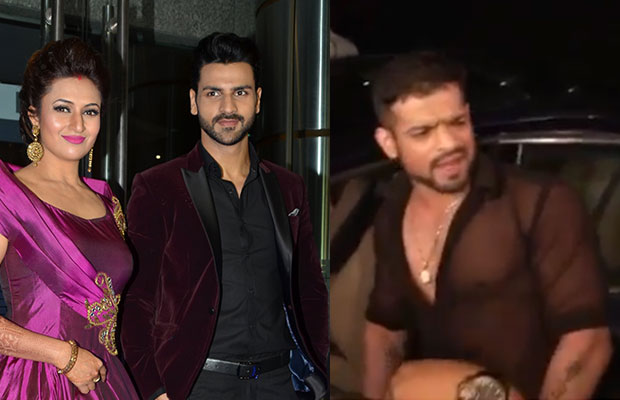 [tps_footer]Yeh Hai Mohabbatein actor Karan Patel is always in the news for all the wrong reasons, either for his tantrums or personal relationships. In fact, the handsome hunk has been labeled as ‘tantrum king’ in real life as he has been accused many times of throwing a lot of tantrums while shooting for a particular sequence in “Yeh Hai Mohabbatein.” Well, the dapper has created another scene and this time at Divyanka Tripathi–Vivek Dahiya’s wedding reception, which was held in Mumbai yesterday.

Among the guest lists of television stars, Karan Patel and his wife Ankita Bhargava were also invited. It seems Karan was in a bad mood as he arrived at the venue with his wife. The dapper lost his cool on seeing lots of media gathered outside the venue. When the photographers asked the television actor to pose for the pictures, he showed a rude behavior and walked inside angrily holding his wife’s hand. As he walked off, he could be heard saying, “What kind of behaviour is this?”

Yes, true Karan Patel, what kind of behavior was that? It seems actor Karan Patel has become media allergic and it seems, he has forgotten that its media who keeps him in the eye of the people. Don’t be such a spoilsport every time!