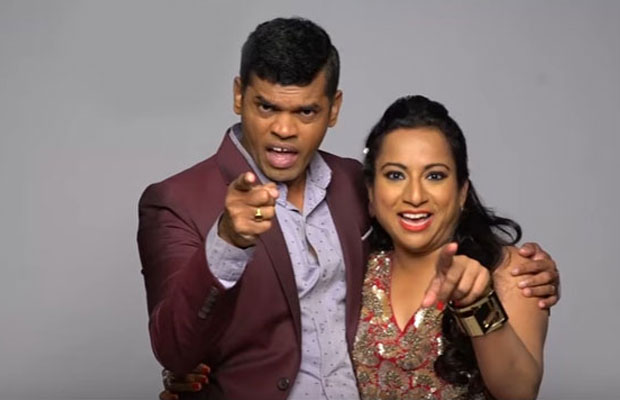 The celebrity dance reality show, Nach Baliye 8 will see another shocking elimination this week after Utkarsha Naik and Manoj Verma. With the competition getting tougher with each passing week, another celebrity couple will be seen taking an exit route from the show. Any guesses?

As per media reports, Marathi stars Siddharth Jadhav and Trupti would be eliminated from the show this week. Yes, you read that right! Last week, Siddharth won Hrithik Roshan’s heart with his dance on Pinga from Bajirao Mastani and moreover, because he dressed up as a woman in navari sari. This celebrity couple will surely be missed on the show and might also leave many disappointed, considering that they had impressed the judges last week.

Meanwhile, Divyanka Tripathi Dahiya will not be performing in the upcoming episode of the show after she hurt her back. Her husband, Vivek Dahiya will be performing this week along with their choreographer. Also, rumour has it that cricketer Harbhajan Singh and his wife Geeta Basra will perform this week on the dance reality show. The two will be guest performers of the week, and that has already left viewers excited.

The competition is getting tougher and moreover for judges Sonakshi Sinha, Mohit Suri, and Terance Lewis. The elimination process is getting difficult, and each week, one Jodi will see the exit door. Sadly, it’s a part of the game!