The TV show Pehredaar Piya Ki has been in controversies because of its strange plot and theme!

The daily soap Pehredaar Piya Ki has been inviting flak because of its strange theme. The show features a love interest story between a 9-year old boy and an 18-year old girl! In the recent developments of the show, the little boy has become the young lady’s husband. But the makers did not stop there and are also showing a honeymoon sequence between the two.

The daily soap is definitely not something that is going very well with the people. In fact, celebs like Karan Wahi and Gaurav Gera have already expressed their disappointment on the show. While Karan had made an Instagram post expressing his opinion, Gaurav had made fun of the show by posting a hilarious video. 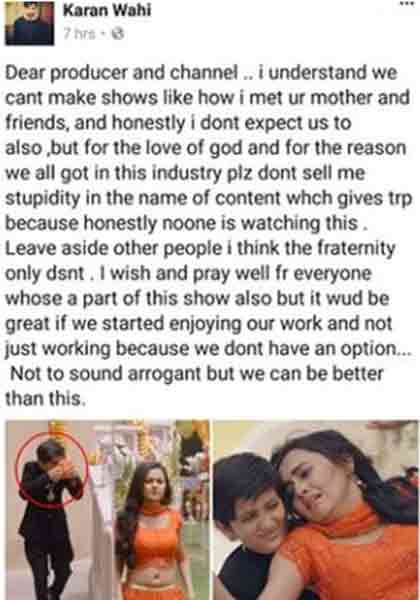 Many people are finding the show very misleading for the society and hence the show has fallen into a trouble. An online petition has been started by a girl named Mansi Jain on the website change.org for banning the show.

The petition gained around 50,000 plus supporters within 2 days. And the plea to ban the show has now reached the central minister Smriti Irani.

The online petition reads, “Pehredar piya ki. – A 10-year-old impressionable little kid(” piyaa”) caressing and stalking a lady who’s more than double his age and filling sindoor in her “maang” is being telecasted at prime time -8:30pm on Sony. (Family time) It is to be devoured by the entire Nation. Imagine the kind of influence it will steadily and perpetually infuse in the viewers mindset. We want a ban on the serial. We do not want our kids to be influenced by such tv serials. Join us in signing the petition to ban this serial.”

Yesterday, the female lead of the show, Tejaswi Prakash had defended her show saying that she finds it progressive. She even compared it to the popular English series Game Of Thrones!

The social networking site Twitter has been flooded with reactions from the people. Some of them are in support of the show, while most of the people are against it. People have even made fun of the comparison made between PPP and GOT! 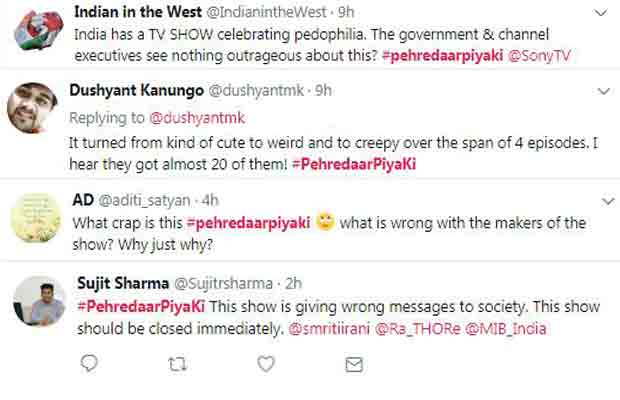 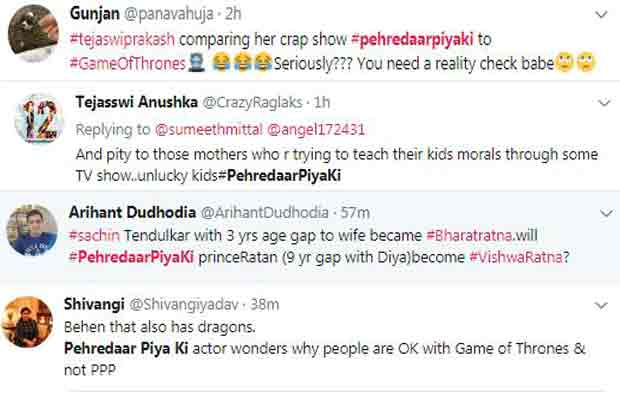 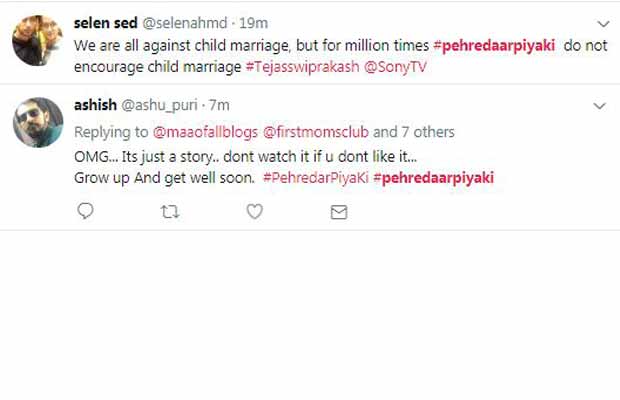 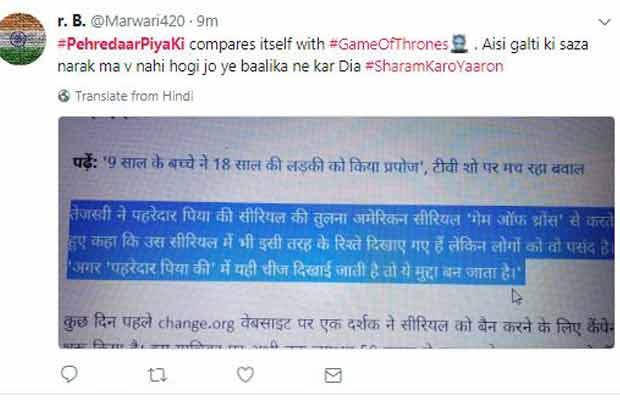 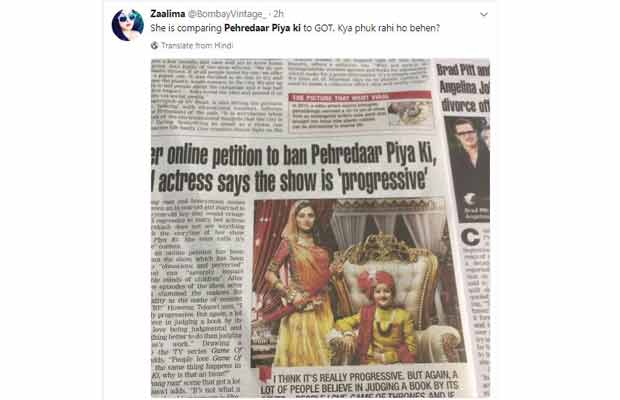