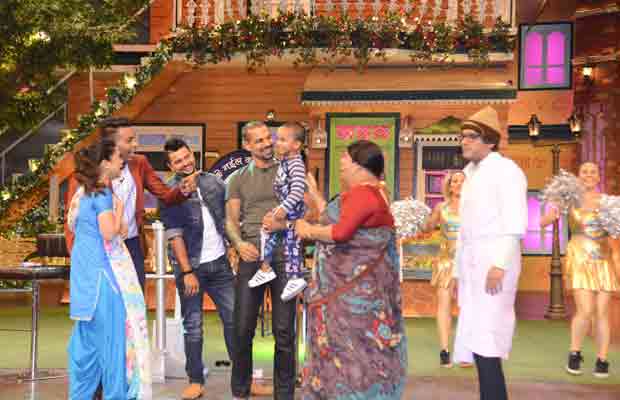 The much controversial Kapil Sharma Show had some special guests on the sets and they seemed to have a blast.

We all are aware about the infamous brawl between Kapil Sharma and his co-stars of The Kapil Sharma Show. Apparently, Sunil Grover, Ali Asgar and Chandan Prabhakar have quit the show. Amidst all this, Kapil is still continuing the show and adding new members to the show, trying to fill in the space.

The show looked like it has gone down on charts and the audience actually stopped finding the show funny. But between all the controversies, Kapil Sharma is trying hard to keep the show and it’s comedy alive.

With the presence of these cricketers on the set, we are looking forward to watch the episode that will be aired this weekend on Sony.

After finishing IPL 2017, which was the 10th season, these criketers looked like they are in a fun mood before they play against Pakistan on June 4, 2017.

Hardik Pandya – Mumbai Indians, Suresh Raina – Captain of Gujarat Lions and Shikhar Dhawan – Sunrisers Hyderabad graced the sets of The Kapil Sharma Show with their presence and the pictures show that the trio had a blast.

We can see three of them dancing, clicking selfies, giving out autographs to fans, playing cricket and enjoying the jokes.

What caught our eye is the presence of Shikhar Dhawan’s beautiful wife Ayesha Mukherjee and little boy Zoravar. The fam jam was looking absolutely adorable.

Well, we are excited and looking at the pictures, can’t wait for the upcoming episode of the show. 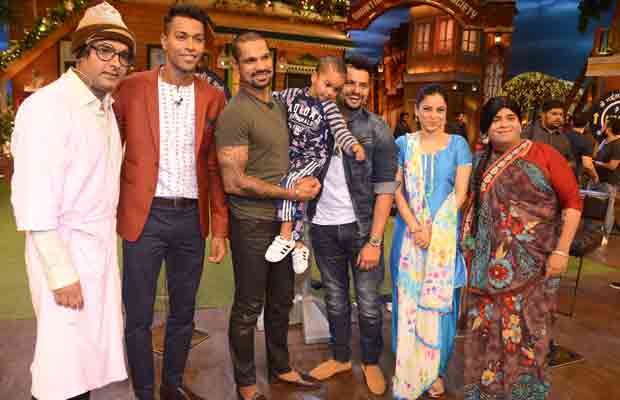