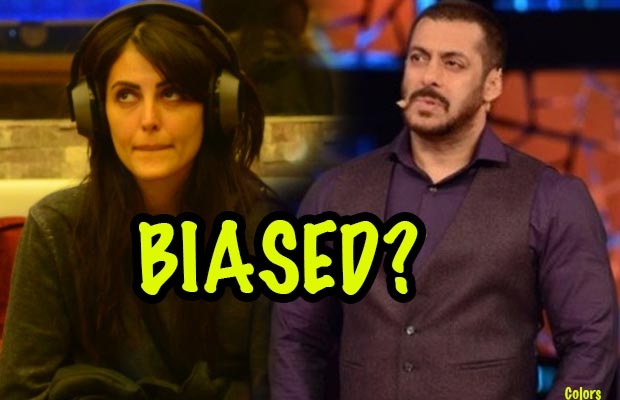 This season of Bigg Boss 9 is known for its twist and turns, but this time we also see that some of the contestants indirectly blaming Bigg Boss and host Salman Khan for being biased towards a contestant. Last week, Kishwer who was kicked by Mandana during the highway task had indirectly confessed to Bigg Boss that during weekend Mandana is being supported and favoured even after she makes so many mistakes and breaks rules.

Raising this point, Salman Khan had also cleared that he is not being biased nor Mandana Karimi is his favourite. Justifying herself, Kishwer also said that she did say that Mandana is being supported on the weekends and that only other contestants are blames for the wrong behaviour.

With so many blames that the actor is being biased towards Iranian model Mandana Karimi, what’s your take on that? Is Salman Khan and Bigg Boss being partial to Mandana and are ignoring her mistakes, wrong behaviour? Was sending her to the secret room was the strategy to save her from this week’s eviction?

Since Day 1 Mandana Karimi is being breaking rules, removing mic, but we don’t see any punishment nor any warnings coming to her and now we say nobody can be true than our loyal viewers.