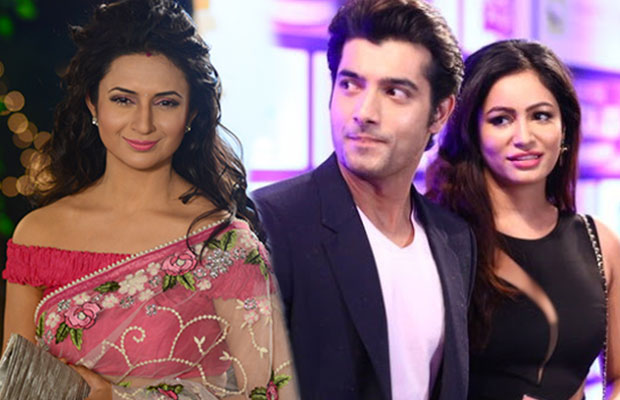 [tps_footer]Divyanka Tripathi grabbed all the eyeballs recently when her ex-flame Ssharad Malhotra’s fans started trolling her. Divyanka and Ssharad parted ways a year back and their separation came as a shock to everyone. The duo shared an amazing on screen chemistry and people were also gaga over their real life romance.

However, Divyanka recently got hitched to Vivek Dahiya. The two ex-lovers are surely on positive terms with each other and there are no cold vibes. Moreover, Ssharad Malhotra has also moved on with current girlfriend Pooja Bisht.

Ssharad immediately came to Divyanka’s rescue when his fans were trolling her. He took to the photo sharing app Instagram and posted a heartfelt message about respecting women.

Malhotra posted, “Was a little disappointed when I got a text from Mrs Divyanka Tripathi Dahiya stating that apparently some of my fans were deterring her image and hurling abuses at her and family. On one hand we have the women at the Olympics making the nation beam with pride and happiness and on other we also have a certain section of people who are disrespecting women.. As Mrs divyanka tripathi Dahiya asked me to make a public note, so I hereby request one and all that kindly respect women and please respect our privacy as we both have moved on… I wish her a happy married life. Also I completely believe that true fans of mine would never tarnish a women’s image.#respect #women.” 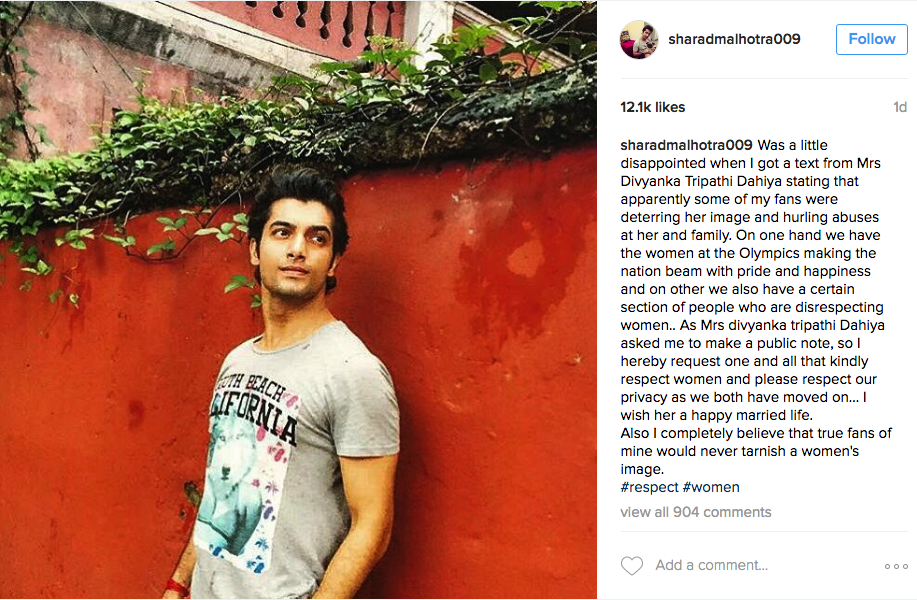 Well, on a surprise note Ssharad Malhotra’s current lady love Pooja Bisht was not at all upset about Ssharad supporting his ex-flame. Instead, Pooja stated that she is very proud of Ssharad and it makes her happy that he respects women so much.