Bollywood actor and Bigg Boss’s ex-contestant Rahul Dev doesn’t seem to be very serious about his eviction from Bigg Boss last Saturday. Just after his eviction, Rahul was seen going on a vacation to Coorg with his girlfriend and actress Mughda Godse.

Being one of the most calm and cool participant of Bigg Boss, Rahul had immense support from the fans who kept voting for the star each time he got nominated for an elimination. Well! This time the fans didn’t seem to be in much favor of him and got him eliminated from the show and that lead him to leave the house and show.

Coming to the crux of the story, just after Rahul was seen walking out of the show, girlfriend Mughda Godse was seen snapping and sharing pictures with Rahul Dev at Coorg and this is what she wrote: 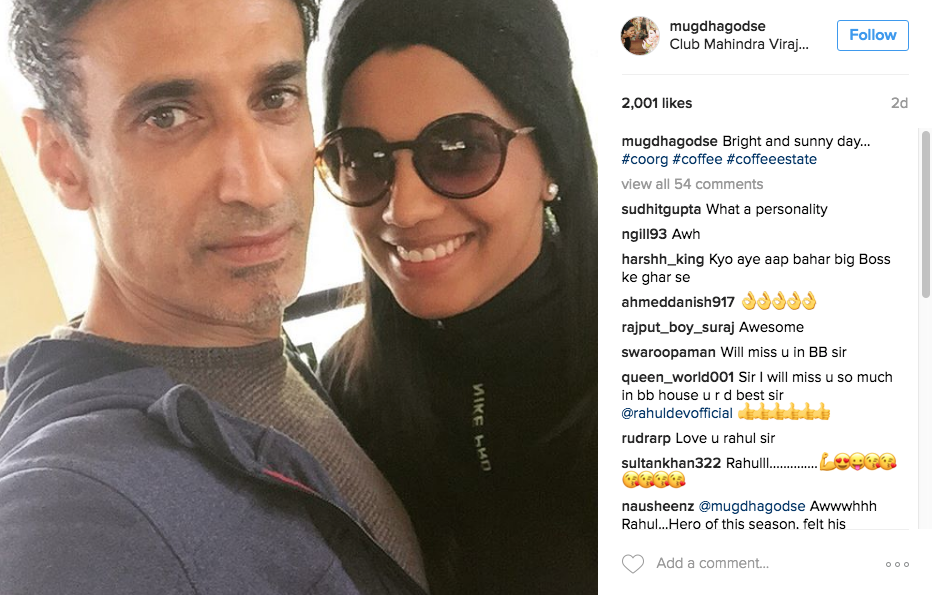 Rahul’s journey in Bigg Boss has been very interesting. He made his role interesting by being friends with other inmates to not taking anybody’s side and always being right, Rahul Dev has done it all and played safe without getting into any controversies. His entire journey was enjoyed by the fans. Now that he is finally evicted from the house, we are desperate to see the pictures from his holiday.