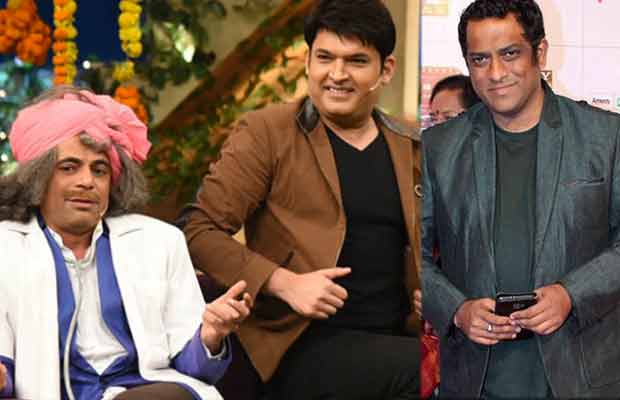 After his fight with Kapil Sharma, Sunil Grover has apparently bagged a film.

Amid speculations, that Sunil Grover will have his own show on Sony joined by Ali Asgar and comedian Chandan Prabhakar, latest reports suggest that the comedian has bagged a film. Ever since Sunil Grover has walked out of “The Kapil Sharma Show”, a lot has been written about his next project and the latest one happens to be a film. His exit from Kapil’s show has turned out to be lucky? Well, only time will tell!

According to a leading tabloid, Sunil Grover has apparently bagged a film after his appearance on kids’ reality show, Sabse Bada Kalakar, which is being judged by Raveena Tandon, Arshad Warsi and Boman Irani. During one of the episodes, director Anurag Basu was also a guest judge and was overheard mentioning about Sunil Grover’s impressive act on the show to one of the show’s unit members.

The ‘Barfi’ director thinks Sunil is the most underrated actor in the industry and can do wonders if he is offered some amazing and well-sketched roles. As reported, Anurag Basu might offer an interesting role to Sunil Grover in one of his upcoming films.

Talking about his special act on Sabse Bada Kalakar, Mashoor Gulati aka Sunil Grover danced to the hit number “Tu Cheez Badi Hai Mast” with Raveena Tandon.  Sunil’s incredible imitation of Akshay’s dancing style was a visual treat to the audience. In fact, he even wore an outfit similar to Akshay’s from the song, leaving the audience in splits.

Meanwhile, Sunil has kept mum on all the rumours so far regarding his upcoming projects. The comedian said that he has been getting a lot of offers and he hasn’t decided what to do next.