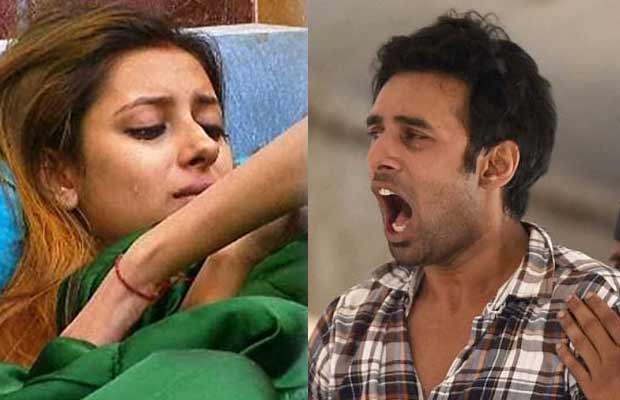 [tps_footer]The most talented TV star Pratyusha Banerjee‘s suicide had left everyone in a state of shock and are still trying to believe that their favourite television actress has committed suicide. Two days after she was found dead at her residence in Mumbai, boyfriend Rahul Raj Singh who was speculated to be the reason behind her suicide was admitted to hospital after he complained of breathing problems.

After police questioned Rahul for almost 14 hours, he was admitted to Shree Sai Hospital in suburban Kandivali, Mumbai and is currently in ICU. While addressing the media, Rahul’s father said, “I am grief-stricken on the loss of a daughter, like a father-in-law. My son Rahul too is also lying on his death bed. Kindly pray for her soul to RIP and also for my son to get well soon.”

Also, reportedly, Rahul’s lawyer Neeraj Gupta has revealed that Rahul is currently is state of depression after Pratyusha’s death and has been admitted to ICU.

Rahul’s family has also expressed that Rahul is constantly saying that Pratyusha is calling him. They also expressed their anger on people blaming Rahul for torturing Pratyusha. “Why did someone not come out in defence of Pratyusha when they felt that Rahul was torturing her? Why are they coming  now when she is no more?” They also addressed Rahul‘s first marriage and said, “There are so many failed marriages. What is wrong in divorcing and moving on in life?,” Rahul’s family said.

Pratyusha rose to fame with the television serial Balika Vadhu and had a great career since then. Little did anyone know that the actress could take such a drastic step in her life. The reason behind this extreme step is not known yet, but it’s speculated that she was facing problems with boyfriend Rahul Raj Singh.

The actress had many ups and downs in her life but nobody expected that she would take such extreme step.[/tps_footer]