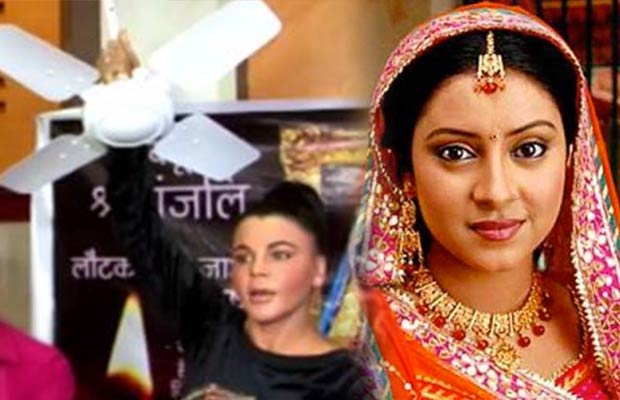 [tps_footer]Late actress Pratyusha Banerjee‘s suicide left everyone in a state of shock and her close friends are currently standing for the actress to know the real reason behind her extreme step. Banerjee‘s close friends from the television industry including Kamya Punjabi, Shashank Vyas, Adaa Khan and Vikas Gupta recently held a press conference to reveal about Pratyusha Banerjee‘s sour relationship with Rahul Raj Singh.

While people are speculating behind Pratyusha‘s suicide, controversial actress Rakhi Sawant held a press conference to reveal about the same. Rakhi held a press conference outside Oshiwara Police Station, Mumbai and has revealed that Pratyusha‘s boyfriend Rahul Raj Singh was the reason and had left her in trauma. Rakhi Sawant who is known to speak a lot of rubbish and has come up with an advice for Prime Minister, Narendra Modi.

Well, is Rakhi Sawant using Pratyusha‘s unfortunate suicide for publicity? Can we expect Rakhi to ever speak something sensible?[/tps_footer]