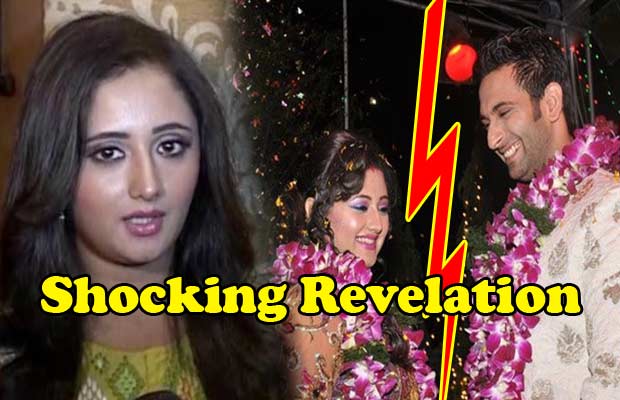 [tps_footer]Rashami Desai and Nandish Sandhu are ruling the headlines for their much public separation. The two once upon a time love birds who met on the sets of serial Uttaran, have decided to part ways after deep cracks in their marriage. Rashami Desai and Nandish Sandhu gained all the limelight when they disclosed their intrinsic marital details on the sets of reality show Nach Baliye.

Reports claimed that the reason for the separation of the two is Rashami Desai’s possessive nature. Almost all reports pointed out that television star Rashami Desai’s attitude towards the marriage led to the divorce.

However, after all the blame games, Rashami Desai has finally opened up on the same and confessed, “I’ve never had a problem with any of his female friends. I’ve never doubted him regarding even one of them. And if I have, I’ve asked him directly. I’ve never spoken about this to people. And somehow suddenly all the problems are in me. I gave the relationship my 100%, then why should things be portrayed in this light? How will I be insecure? I’m always busy with work and travelling. I don’t have the time.”

The popular television actress Rashami who is shocked by all the blames on her further said, “I have no idea if he’s dating someone or not. But even if he is in a relationship, I don’t have a problem. I wish him luck. He’s free to lead his life the way he wants to. My best wishes are always there. I’ve never had the need to ask him if any rumour about him is true, neither do I need to know. But to point fingers at me and claiming you did everything to save it-I’m sorry, my relationship was always abusive! I’ve not been staying with him for more than 3 years now, and there are so many things I could’ve revealed about him if I wanted to.”

The Uttaran actress Rashami Desai also threw light on as to why she agreed to be a part of the dance reality show Nach Baliye if she was not on good terms with husband Nandish Sandhu. The actress replied, “I thought with Nach Baliye, maybe God has given us one more chance. But right after the show, again another incident happened, that’s when I decided for sure that I want to come out of the relationship. I wasn’t happy, he wasn’t happy. I will be talking about these incidents if I’m bullied more. I will talk about it on a larger scale.”

The disturbed talented star Rashami added, “We aren’t talking at all. On the third day on Nach Baliye, something happened between us that we stopped talking. I’ve called him about 2-3 times since then to convey the fact that I want out of this relationship. I sent him a notice two years ago, which he kept avoiding. Two years later, his lawyers got in touch to say that he is ready for a mutual separation. I respected that and since then, our lawyers have been talking. We have no communication.”

Rashami Desai when asked about the fact that why she decided to get back with Nandish Sandhu after the big fallout commented, “I genuinely loved him. And I genuinely believe that a relationship needs to be built. And if you can’t continue, then it’s important to end it on a beautiful note. And the world is very small. Everyone crosses paths all the time. I’ve never seen things like this happening in my household. Women are never insulted. But I was disrespected for over 3 years and after a point, I knew this was just not happening. I thought after this, tum apne raaste jaao, main apne. But something else was only happening is why I decided to speak up.”