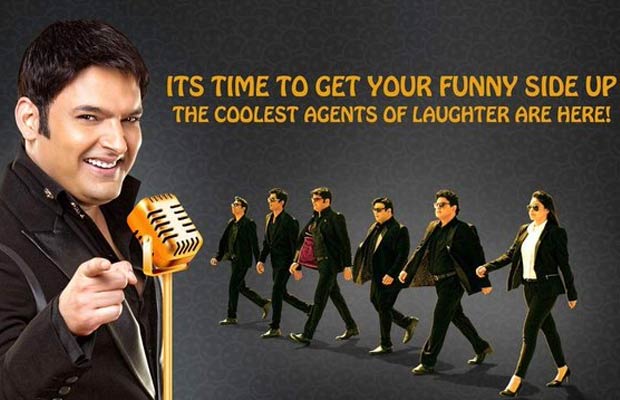 While the entire team of Kapil has geared up for the promo launch of their new comedy show, we bring the first look from the trailer launch. The promo poster of Kapil’s show sees his entire team in black with a tagline that reads, “Its time to get your funny side up. The coolest agents of laughter are here.”

Also, this is for the first time that the promo launch of the TV show will be so huge. Surely not less that a trailer launch of any big film. Fans can hardly wait to see the first promo of Kapil Sharma’s new show, which will be aired on Sony TV channel. In fact before the trailer launch itself; Kapil is trending on twitter with hashtag, “All The Best Kapil Sharma”. Reportedly, the channel has spent Rs 50 Lakhs for the 15 sec promo.

We also reveal that Kapil Sharma’s new show has been titled as ‘The Kapil Sharma Show‘. Leaving the rivals in shock, apparently, Kapil’s new show will be aired at the same time as Colors ‘Comedy Nights Live‘, which is being hosted by Krushna Abhishek and Bharti Singh.

It seems they are coming with something out of the box for their fans and the anticipation level is already rising high. The first look of the show is making everyone wait more better! 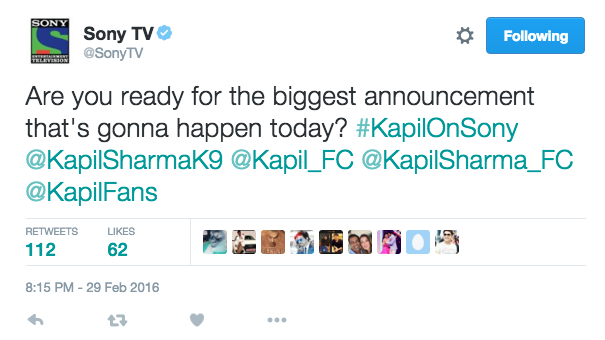 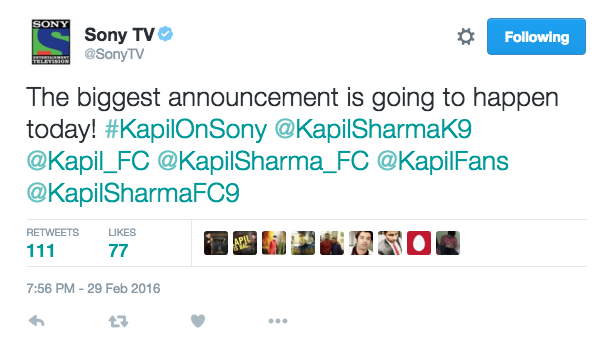