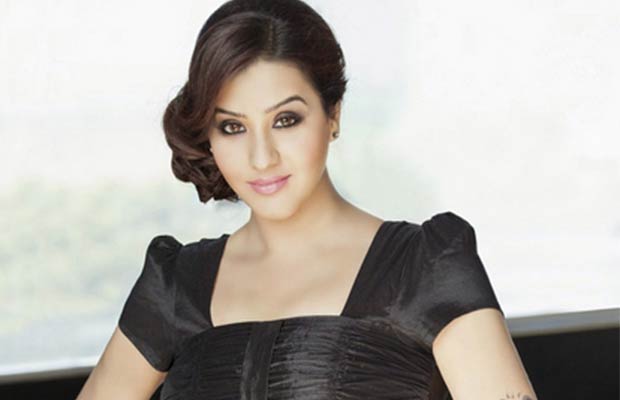 [tps_footer]Shilpa Shinde who rose to fame with her character of Angoori Bhabhi in the serial Bhabiji Ghar Par Hai is back with a web series. Shilpa who left the serial on a sour note is still not in good terms with the makers of the serial. After loads of blame games and controversial statements, the matter was resolved. The actress is now again portraying her character of Angoori Bhabhi on her web series.

The following venture has surely irked the makers of the serial Bhabiji Ghar Par Hai. The television star was apparently also banned by the CINTAA for her tiff with the makers. Chatting about her new found love for web series Shilpa Shinde confessed something shocking about the makers of her previous serial.

The star also was asked to comment on the new Angoori Bhabhi Shubhangi Atre. Shilpa who is surely not happy with the way Shubhangi is portraying the role commented, “Not at all! It was me who made the character of Angoori Bhabi. It is very important to play that character, to put soul into it the artist’s job which I did. She is doing 50% of what I did as I was the one to make the character of Angoori. Shubhangi should try to do her own things. Like my producers once said in one of the interviews that they made Shilpa Shinde, so they should have made a new Angoori as well. She is trying very hard but can’t help it.”

Ekta Kapoor who is the known for her range of serials had written a long post against Shilpa Shinde. The television actress, when asked to reply on the same, said, “I don’t care at all. All the producers are together saying not to give me work, but no one actually came to see what really happened. All I want to say is that they have nice unity which of course the actors lack.”

Seems like, Shilpa Shinde is all done with her television appearances and is now embracing the online world!