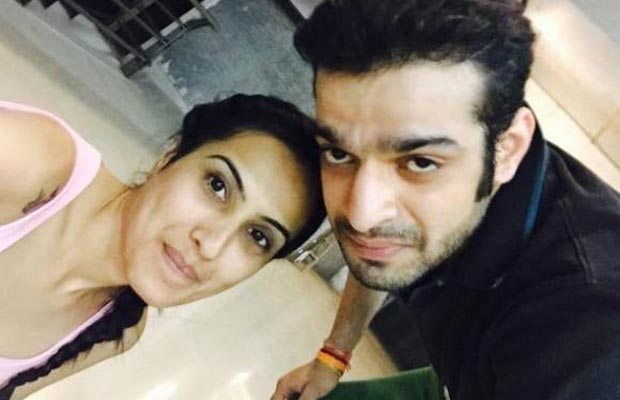 [tps_footer]Indian television’s most celebrated actor Karan Patel from ‘Yeh Hai Mohabbatein’ was seen at the launch of second season of Box Cricket League. The actor is the owner of Chandigarh Cubs. Kamya Punjabi, who happens to be Karan’s ex-girlfriend, was also seen at the event to support her team, Jaipur Raj Joshilay. The ex-flames ran into each other at the launch but did not interact at all.

Kamya Punjabi and Karan Patel started dating in early 2014 before they called it quits and Karan soon got married to his wife Ankita Bhargava within two months. As per the rumours, Karan’s family wasn’t pleased with Kamya and Karan’s relationship and the break up in turn had soured their friendship. But there was something unusual that happened last week.

As per a report, Karan Patel recently strode into ex-girlfriend Kamya’s Box Cricket League party without an invitation. While Kamya was shocked to see him, Karan walked up to her and said that they should patch up and should stay in touch.

Karan was a part of Kamya’s team in the Box Cricket League. Due to the ugly fallout, Karan changed sides this year and will be playing from Chandigarh team. Not only did this happen, Kamya was also asked about Karan Patel and was put on spot at the press conference. Kamya responded “ The biggest tragedy of life is some things always change. Changes happen. Teams have changed but will power has not. Our preparation is to win. The reason is very clear and is very much in media. I can’t be diplomatic and politically correct. The whole world knows so I don’t think I need to give a reason.”[/tps_footer]