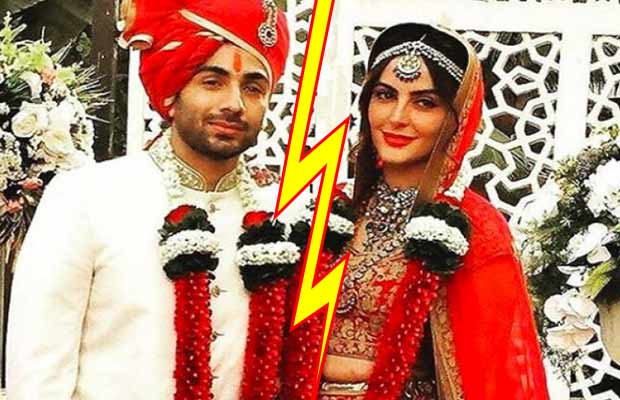 Ex Bigg Boss Contestant Mandana Karimi, who recently got married in January 2017 with Gaurav Gupta, has filed the case against her husband. Yes, you read that right. Just a few months after her marriage, Mandana has knocked the doors of the court against her husband alleging domestic violence. Mandana has said in her application that she was asked to quit her acting career and was locked up as a prisoner after marriage. She has also alleged harassment by her mother-in-law.

“The respondents (Gaurav, his parents, and brother) also warned me to quit pursuing my career in acting as they believed that my profession as an actor was not compatible with their family status in society,” said Mandana in her application to the court.

Mandana has also stated that she was locked up as a prisoner in the matrimonial home in Juhu and was not allowed to meet her friends or go out. After which she moved out of the Juhu house and has shifted to the service apartment.

Meanwhile, the matter is in the hands of the court. According to her lawyer, Mandana has sought a monthly maintenance of Rs 10 lakh and a compensation of Rs. 2 crores. The hearing of the case will take place on July 15.

Mandana Karimi and Gaurav got engaged in July 2016 and eventually got married in January 2017. The two met each other through a common friend.