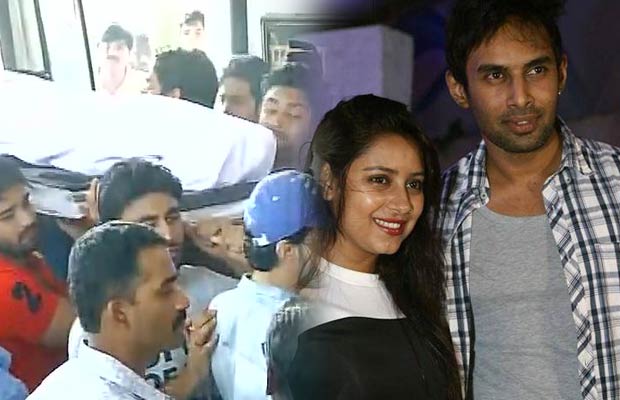 [tps_footer]Television actress Pratyusha Banerjee‘s suicide not only left television industry into a state of shock but the entire nation was shocked with the drastic step taken by the young life. The former Balika Vadhu actress committed suicide by hanging herself at her home in Mumbai on April 1.

The entire television industry is currently in a state of shock and is trying to digest the truth that the actress is no more between us. Reportedly, it is also said that the actress took this step after her boyfriend Rahul Raj Singh had apparently ditched her with whom she had recently appeared on Power Couple show. Pratyusha and Rahul’s love story looked like a fairy tale when they appeared on the reality show Power Couple but little did anyone know this story would end up tragically.

While police are investigating the reason behind the shocking suicide and is questioning Pratyusha’s boyfriend Rahul Raj Singh, doctors have revealed the results of post mortem. The post mortem report mentions ‘asphyxia’ (unconsciousness), says ligature marks are seen around the neck. Pratyusha Banerjee’s body reveals ‘suffocation’ as the cause of death.

Meanwhile, Pratyusha Banerjee’s family has arrived Mumbai and the last rites are being performed in Mumbai. Also, many stars from the television fraternity have arrived to pay last respect to their dear friend.

As her last wish, Pratyusha Banerjee wanted to marry and settle down and in fact, she had also placed an order of lehenga with the Mumbai-based celebrity designer Rohit Verma. She will be dressed in a red bridal suit and will be cremated in the same during her last rites. [/tps_footer]